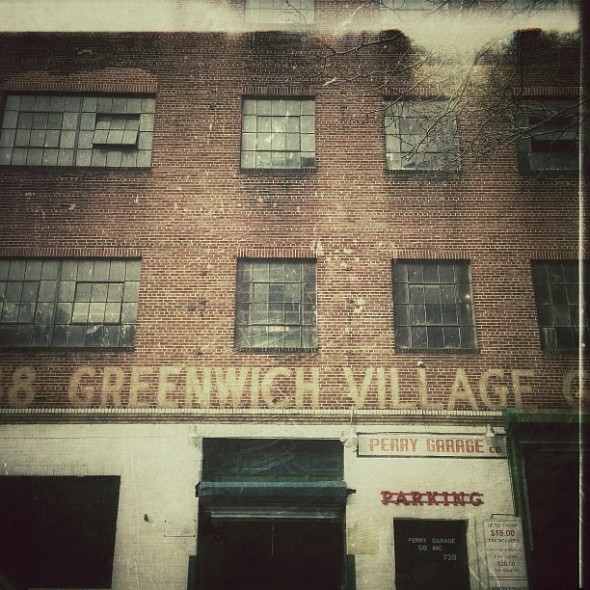 The iPhone 5’s camera continues to impress me, and combined with Instagram and Snapseed, I’ve found plenty of opportunities to kill time and amuse myself on my commutes into and out of Manhattan this winter. New York City is obviously a unique place, and the Chelsea and Greenwich Village neighborhoods I work in offer a variety of retail spaces and residential streets with loads of interesting building fronts, architectural components and scenery. Here’s a look at some of my recent snapshots taken on my walk to Chelsea Market, the home office of Major League Baseball Advanced Media: 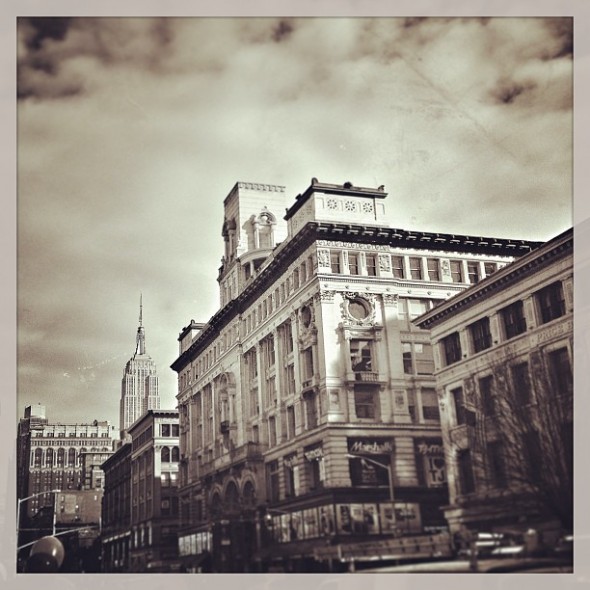 This view of the Empire State Building was taken on Avenue of the Americas, or 6th Ave, near 18th St. The big old building in the foreground is a Marshalls, but I’m sure it was something a lot cooler back in the day. 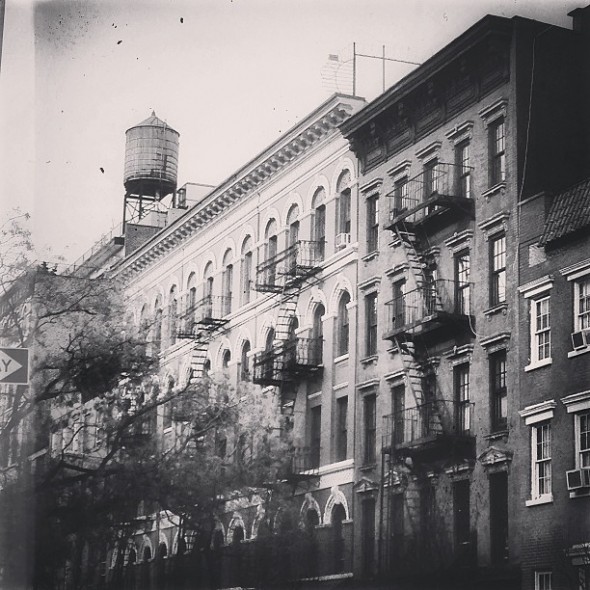 The old water towers are all over the city, and most are still functional I believe. This one (above) was spotted off Greenwich Street.

Below, my office, Chelsea Market, stands with its flag at half staff following the death of former NYC Mayor Ed Koch: 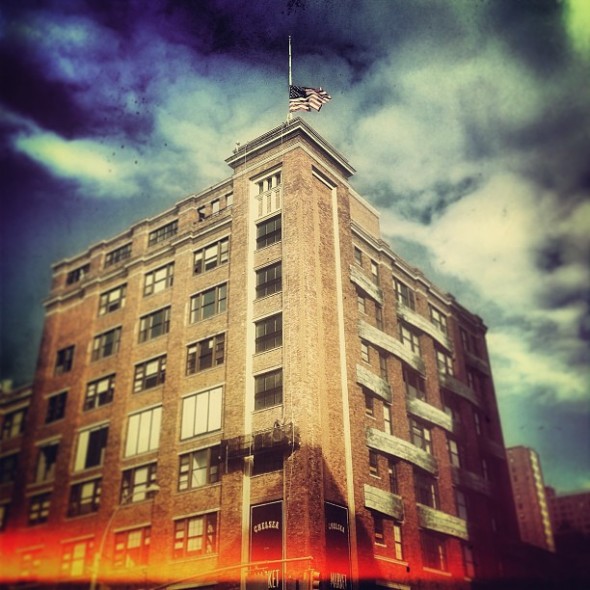 Here’s an old wood floor in my office: 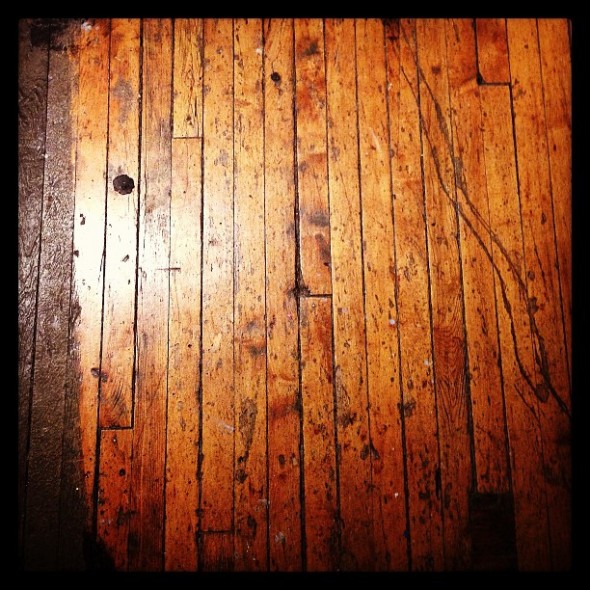 I found this old green door on Greenwich Street and the whole image looks like it could be a back door to Fenway Park or something: 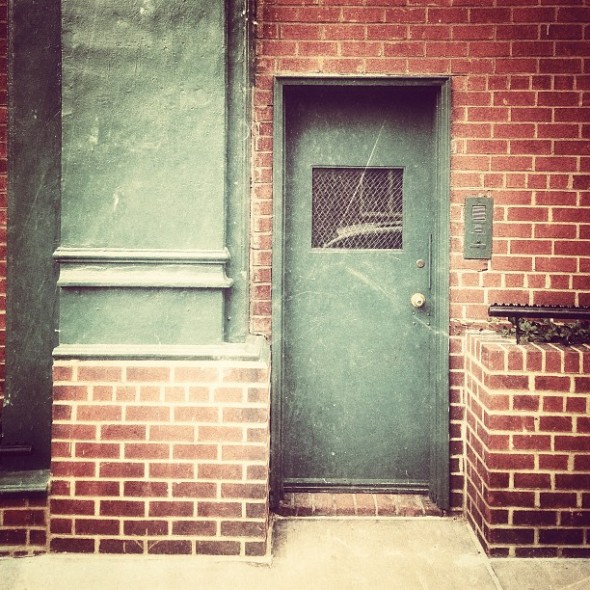 This steam pipe on W 15th Street has been churning out plenty of vapor with the cold temps lately.  Willow is one of the newer filters introduced by Instagram and I’m somewhat obsessed: 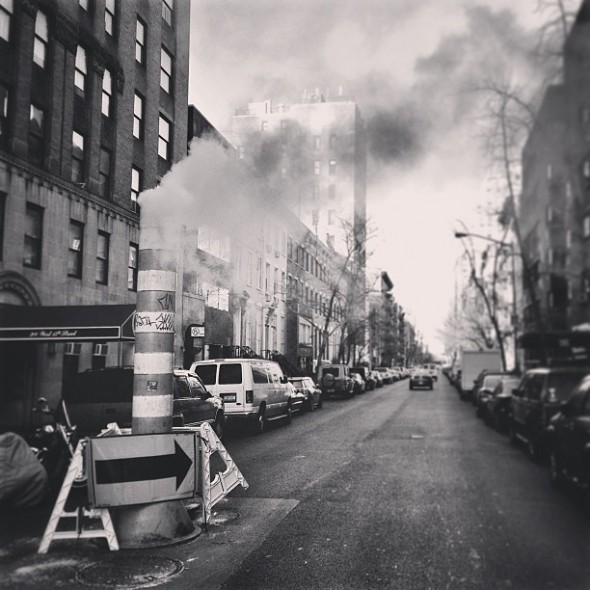 Here’s a fun edit I did to Chelsea Market in Snapseed, which is a free iPhone photo editing app produced by Google (I think). You can tweak the exposure, white balance, lighting, color hues and sharpness, plus a “drama” setting can sometimes work well in bringing out an HDR-esque look to the clouds and textures. Finally, I used the “retrolux” feature to produce a vintage feel to this, complete with film light leaks and subtle scratches: 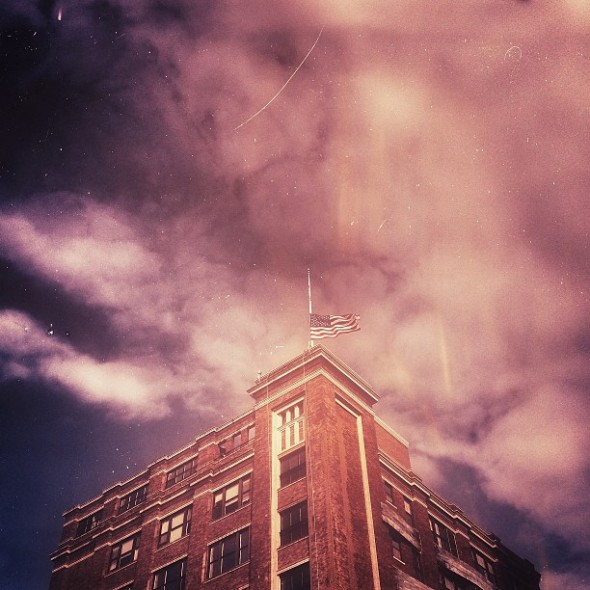 Here’s another Snapseed creation of some more water towers on 14th Street. The scratches are more noticeable here, but I think it spices up an otherwise mundane image: 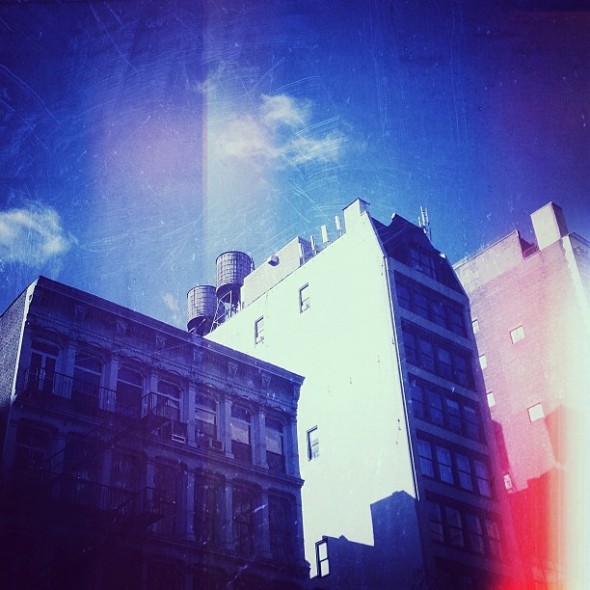 PicStitch is another free app that lets you combine several images into one for Instagram: 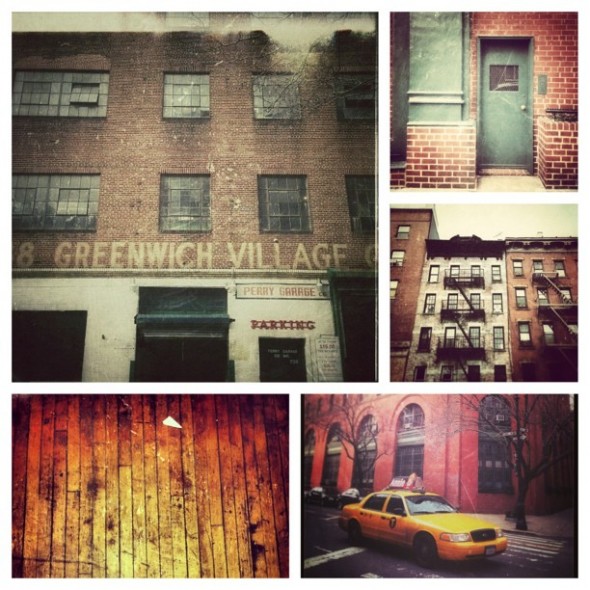 This building, now a restaurant, still has some of the original, hand-painted signage on the corner advertising sound systems and AM-FM radio tuners. This is on Hudson Street, right down the road from my office: 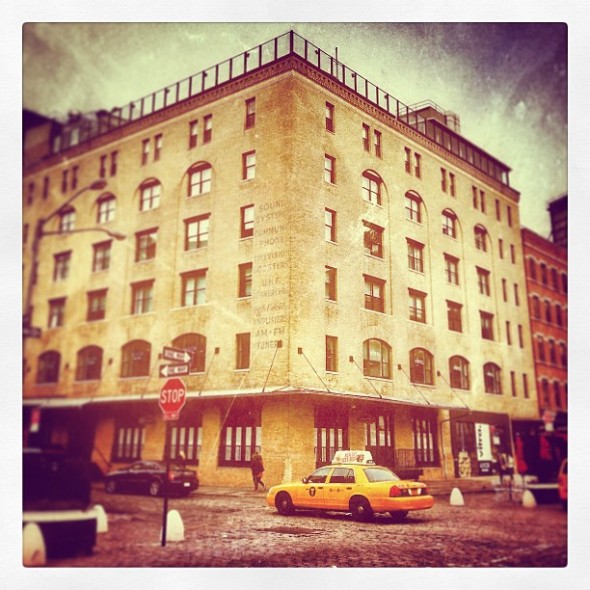 Some pigeons hanging out on a lamp post in Chelsea: 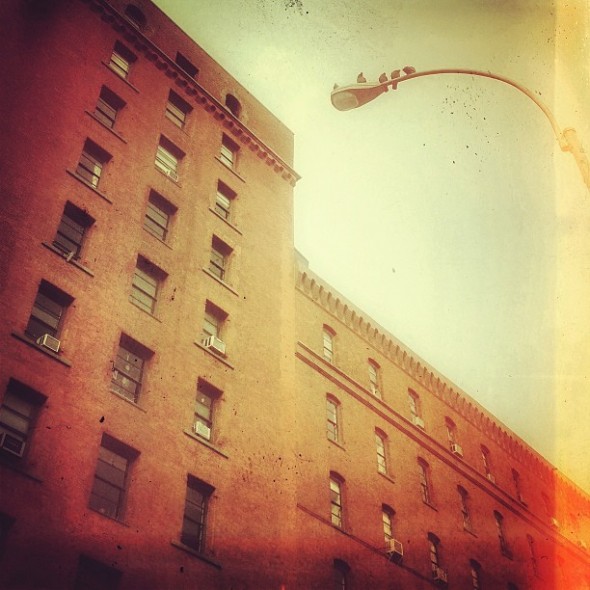 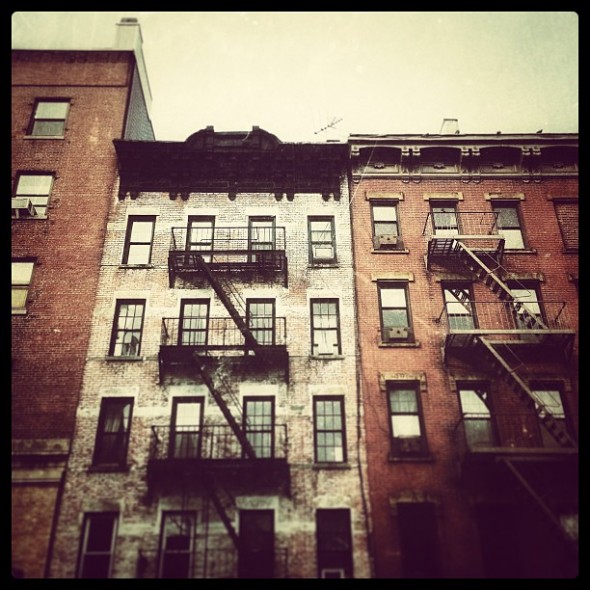 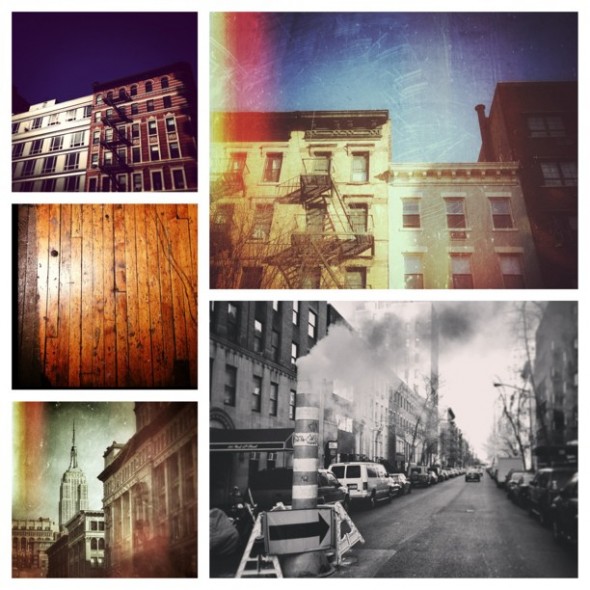 I dialed down the saturation and tried for an old film look on this shot looking straight up the facade of Chelsea Market: 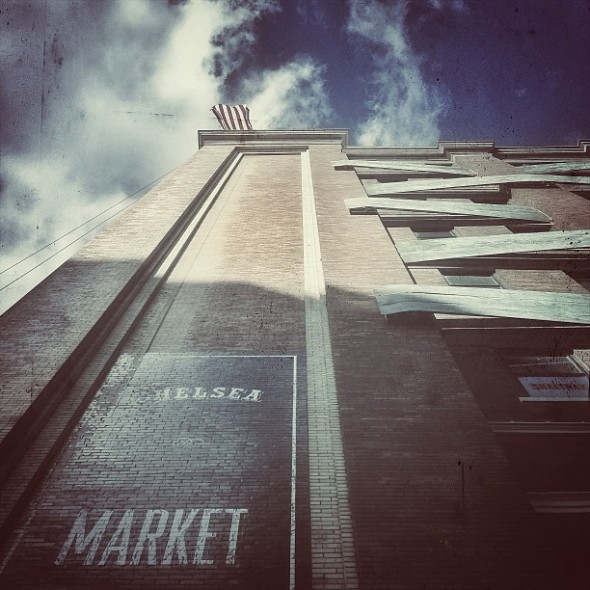 The deep blue skies and colorful buildings always draw me in. The Brannan filter on Instagram gave this a dark violent hue: 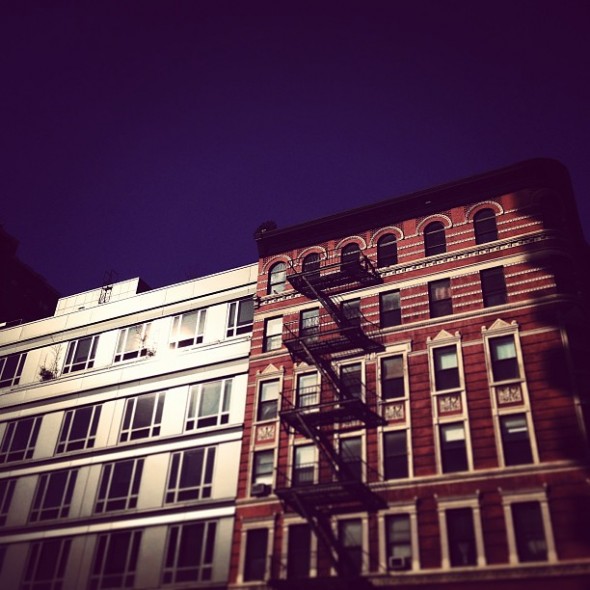 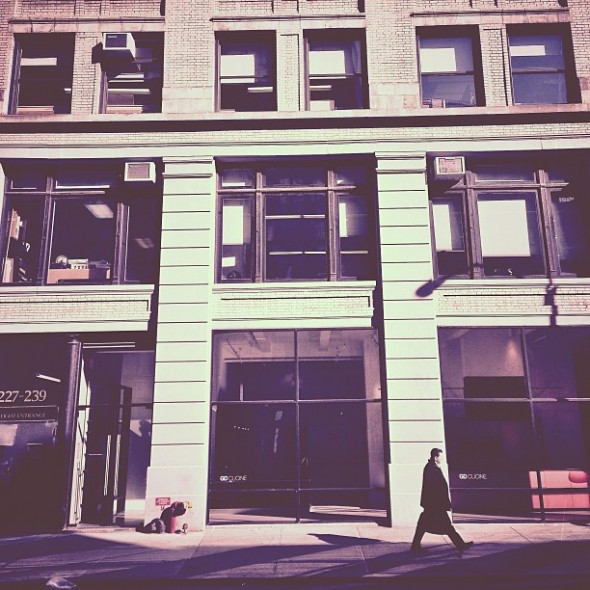 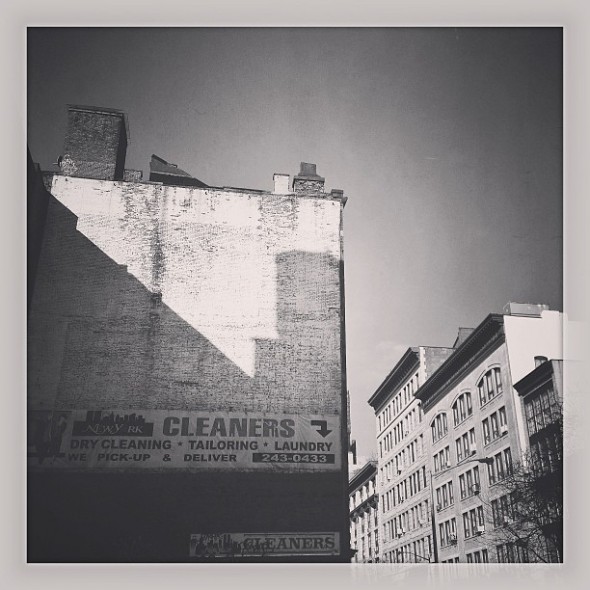 This shot of the Empire State Building looks like its from 80 years ago, but I just put the screws to it with Snapseed to create a very old, antique look. Willow again gives it a low-contrast, soft black and white feel: 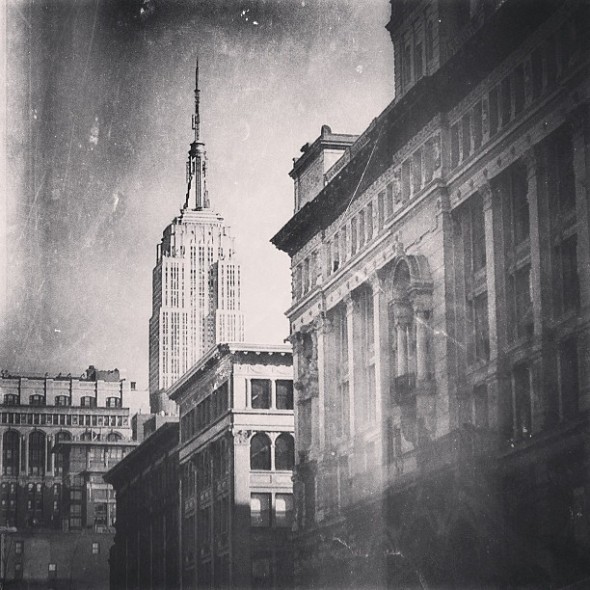