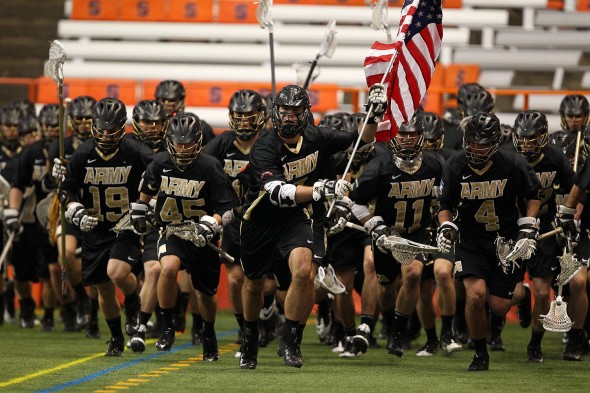 A little late in posting these photos, but here’s my gallery of shots from Army’s big road game at the Carrier Dome against Syracuse last month. Neither team really broke out offensively (Army senior Garrett Thul saw his record-setting goal-scoring streak end) as Army lost 6-2 to the Orangemen, who were ranked No. 18 nationally at the time of the game.

Click the images to view them larger! You can also check out some photos by Tommy Gilligan from this game here. 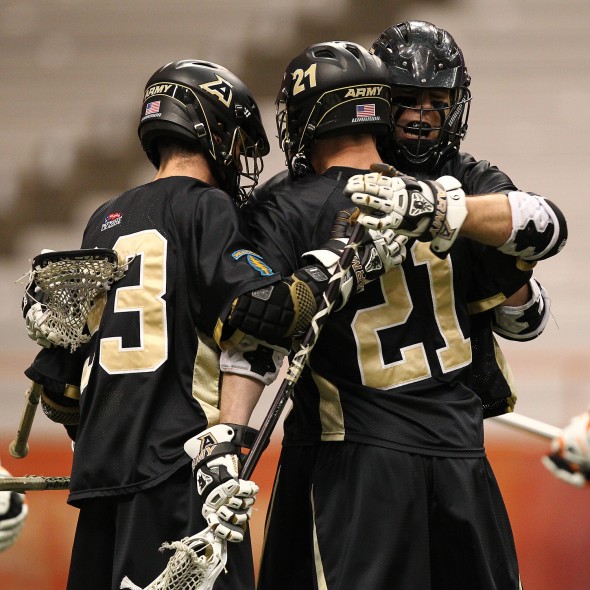 Above, Thul celebrates with teammates after junior middie Tyler Kamide’s goal in the second half. Thul scored seven goals on March second to break Army’s all-time career goals record of 140 set by Scott Finlay from 1975-78. 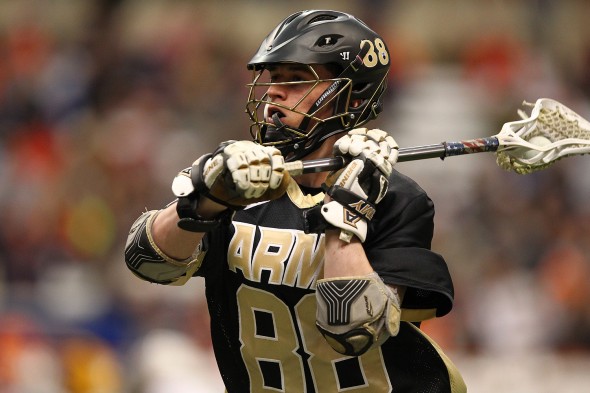 Syracuse doesn’t let fans sit behind the goals, so instead you end up with a lot of blank orange backgrounds, like this one (the school covers these seats with Syracuse-logo chair covers): 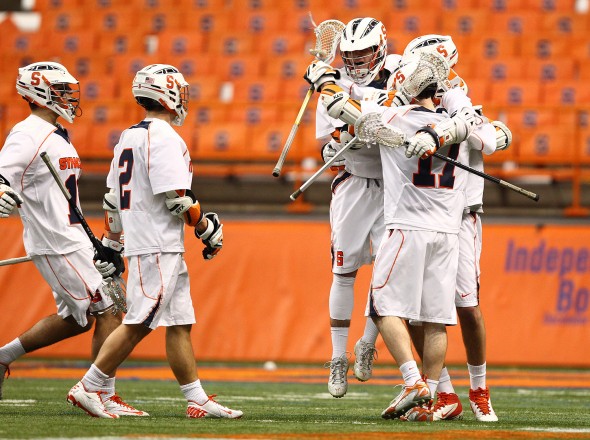 Here’s an iPhone5 panoramic view from the sidelines: 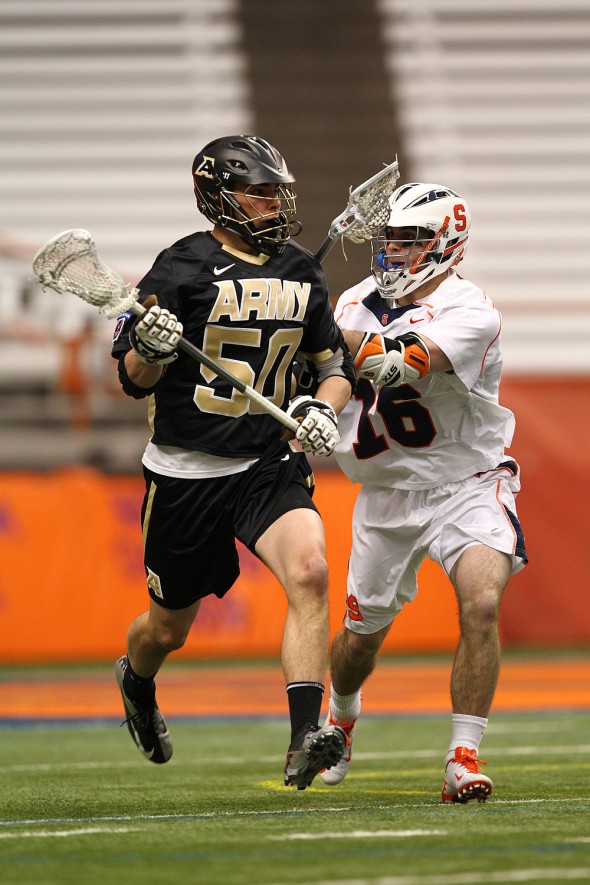 Another pano, this from the corner of the field: 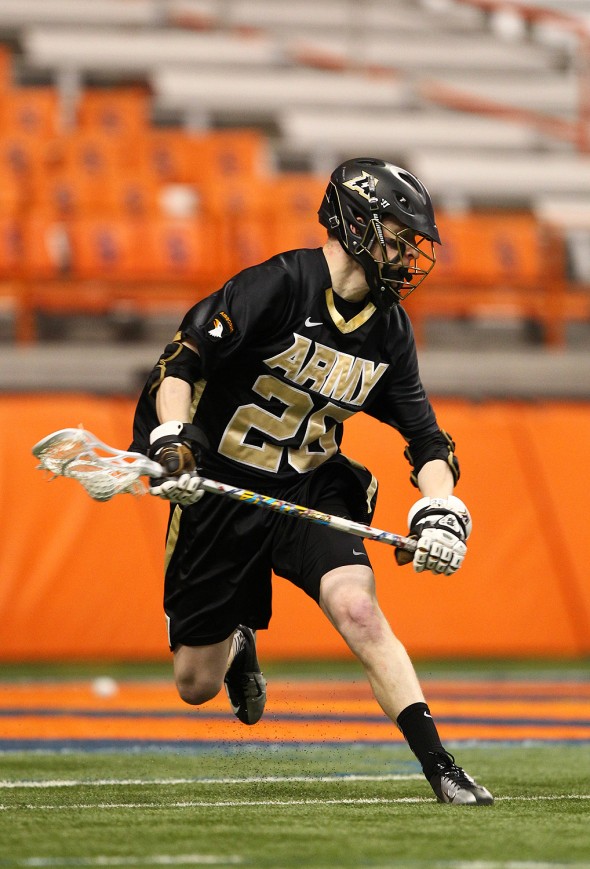 The light at the Dome is really nice, I was around ISO 1250 and 1/1000th for the first half before bumping up the ISO toward 2000 for the second, just to get some brighter images. 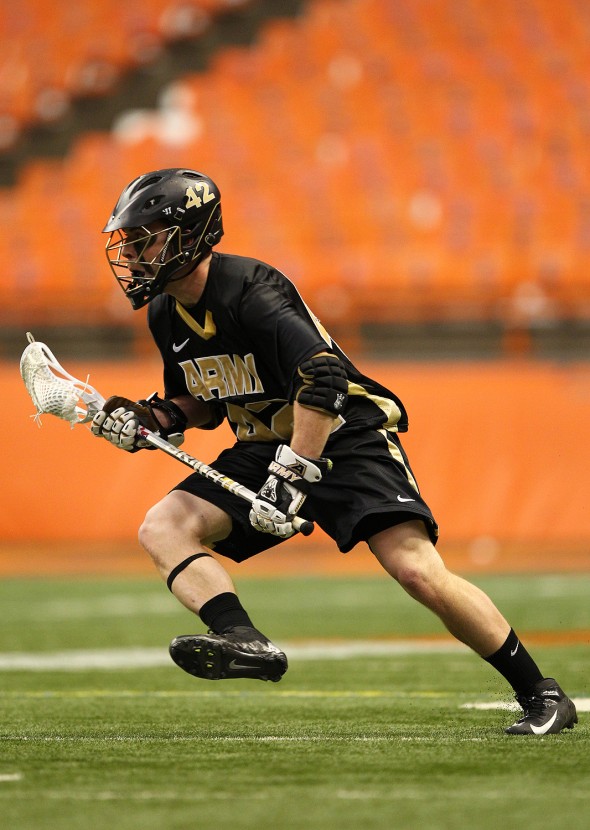 A detailed shot of the faceoff: 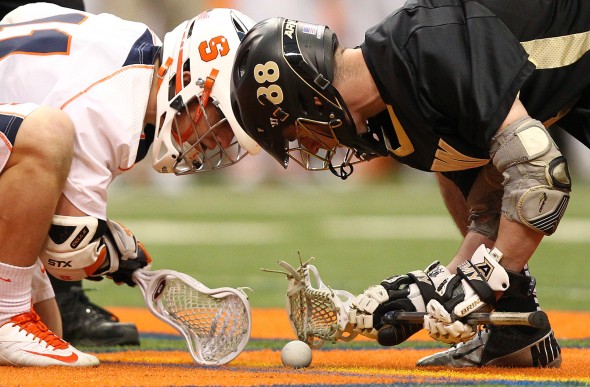 Syracuse’s JoJo Marasco had four shots and an assist in this one, but no goals. He’s one of the top-ranked players in the nation and, so I’m told, was given the prestigious uniform No. 22 as he’s generally considered Syracuse’s best player: 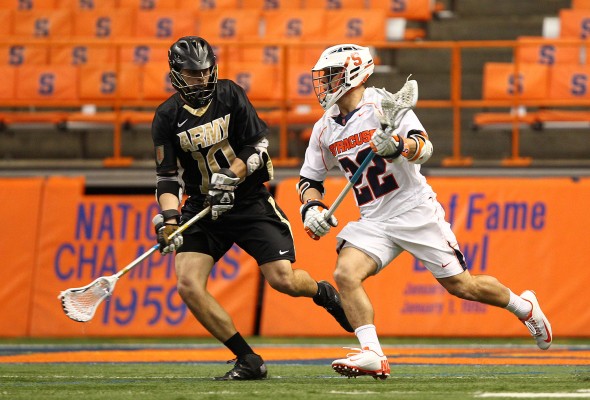 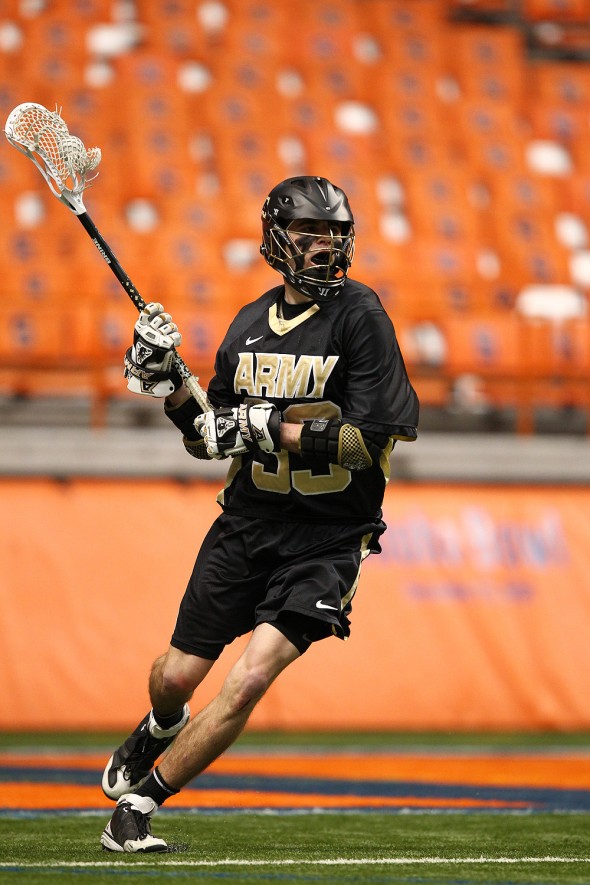 Billy Ward had one of Syracuse’s six goals: 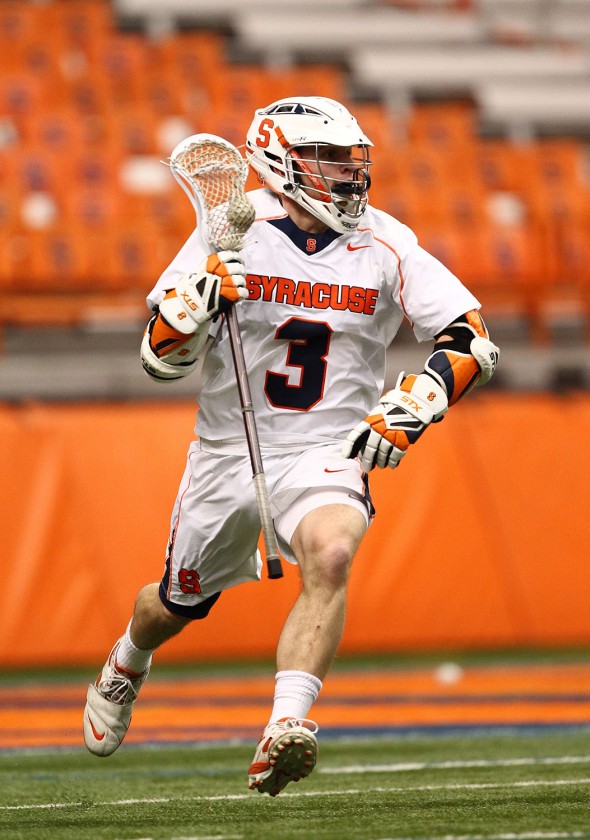 Here’s the view of the Carrier Dome from the press box. Hard to imagine this place totally full with a basketball court on the field: 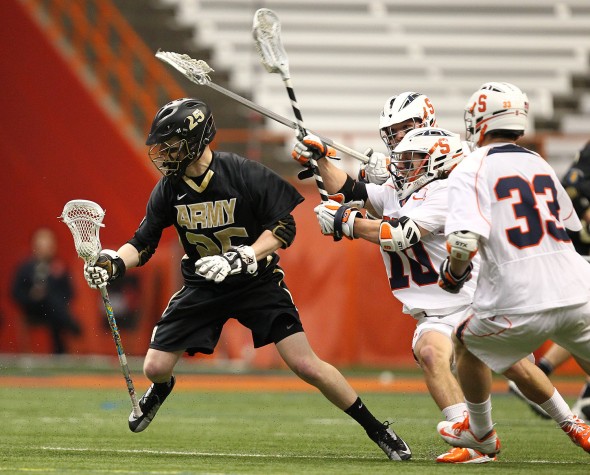 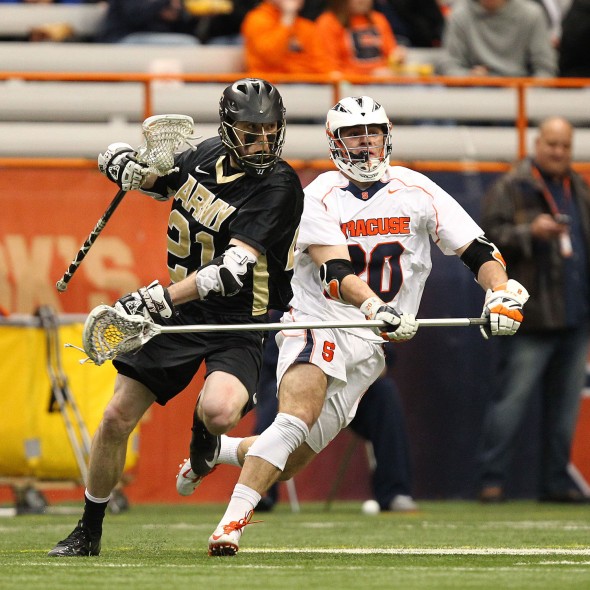 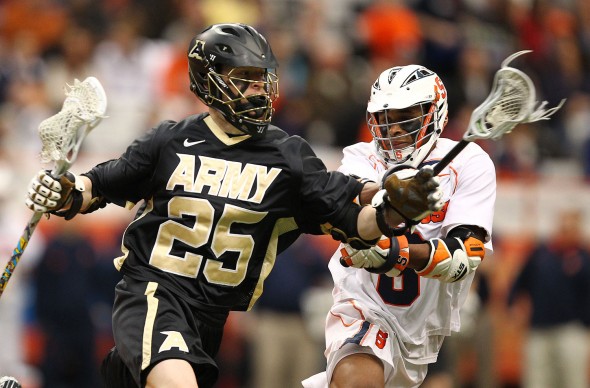 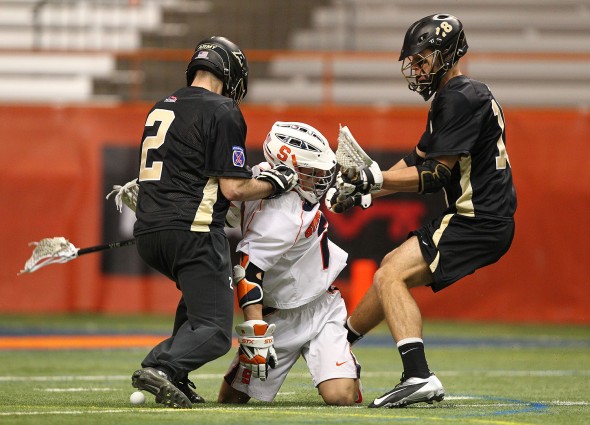 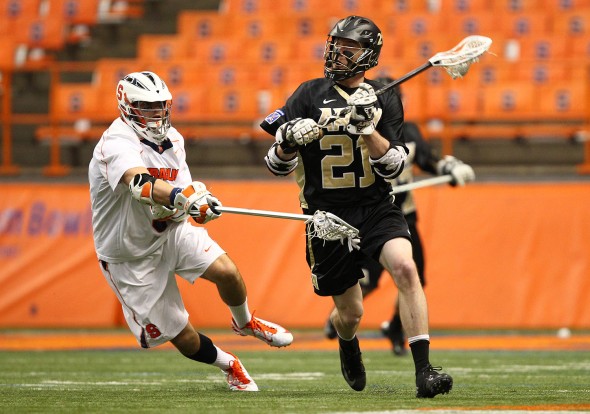 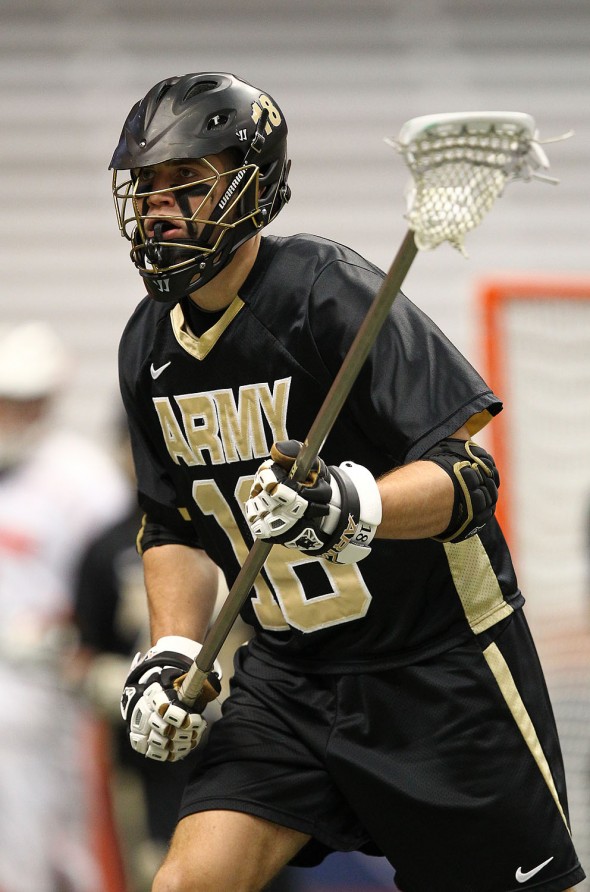 Here’s a nice portrait of JoJo with the ball around midfield: 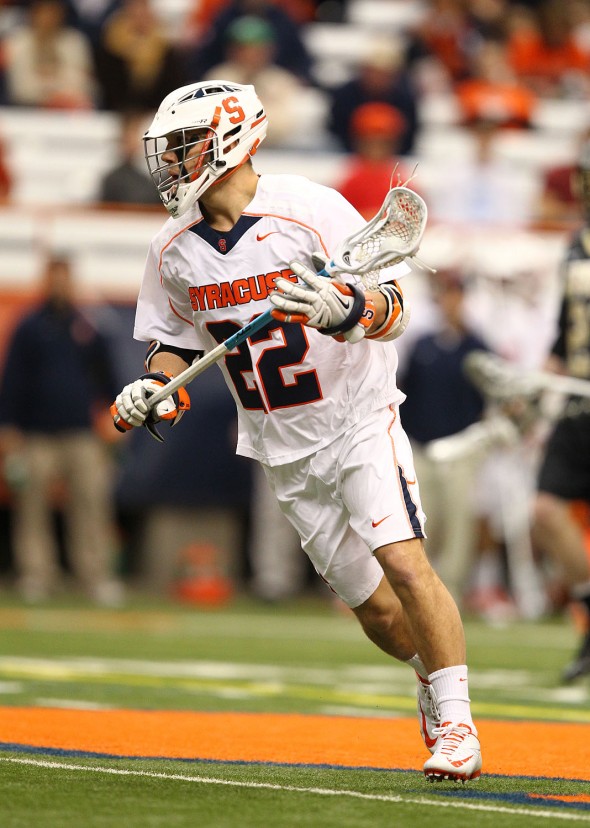 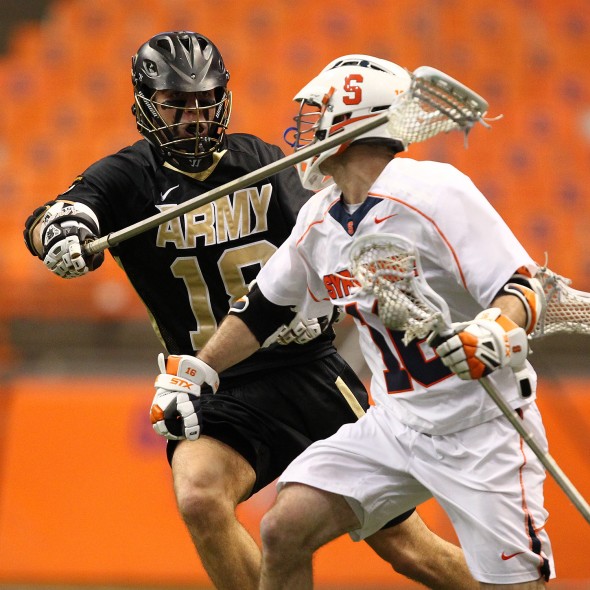 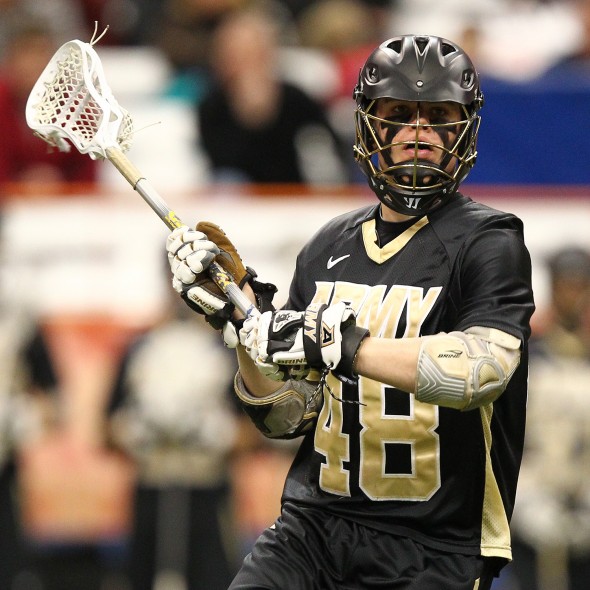 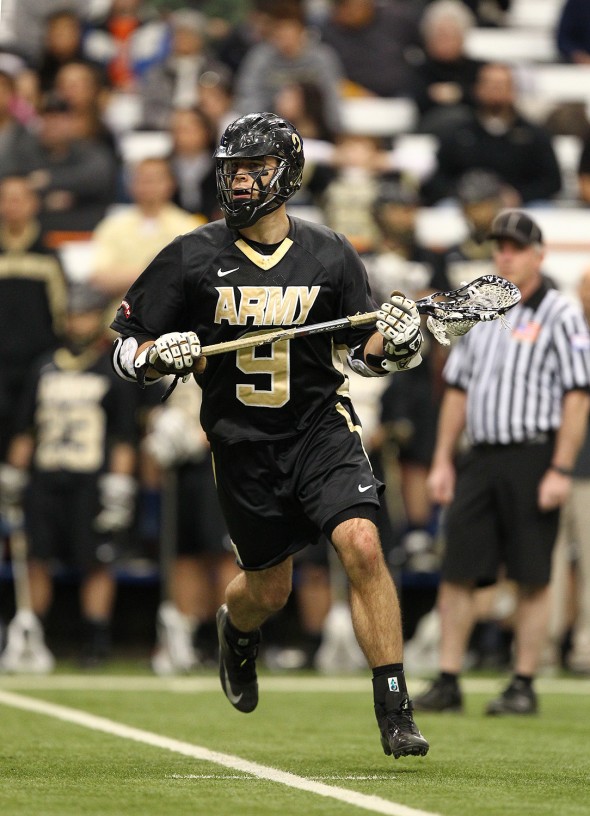 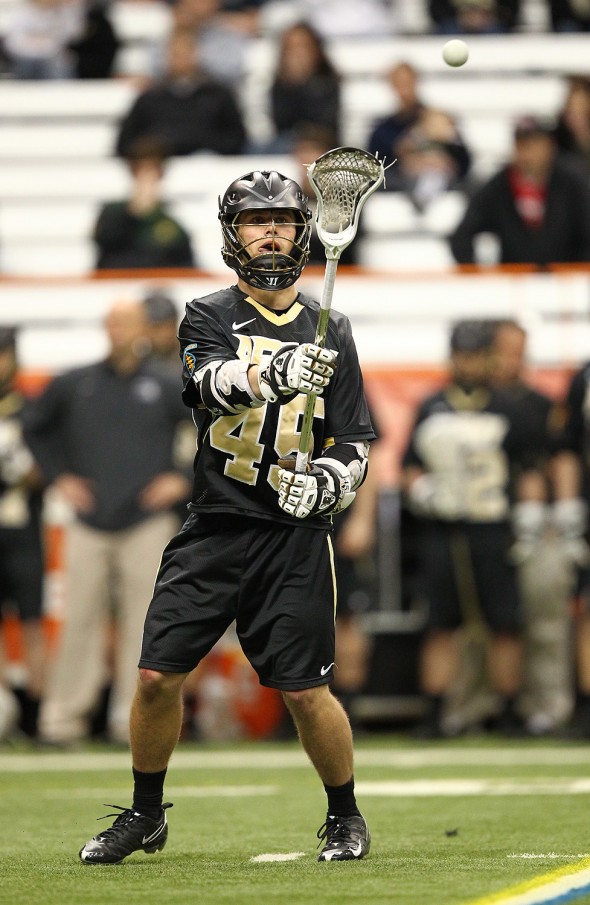 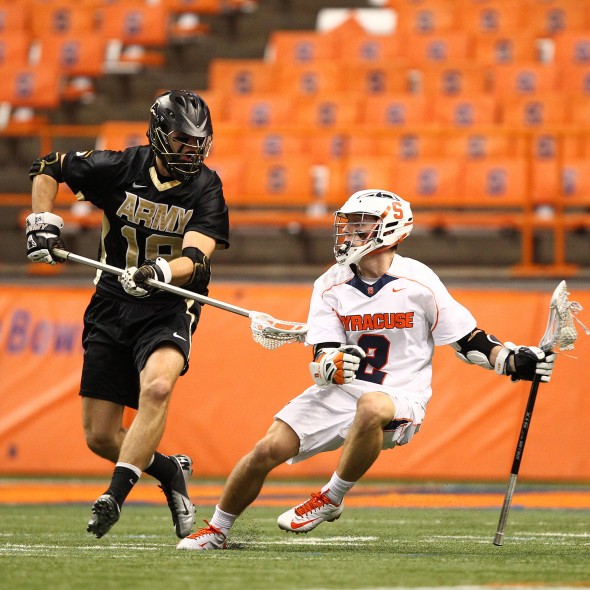 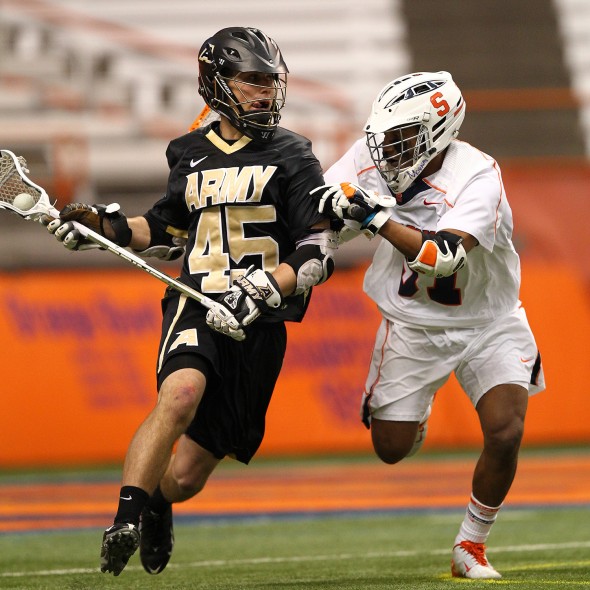 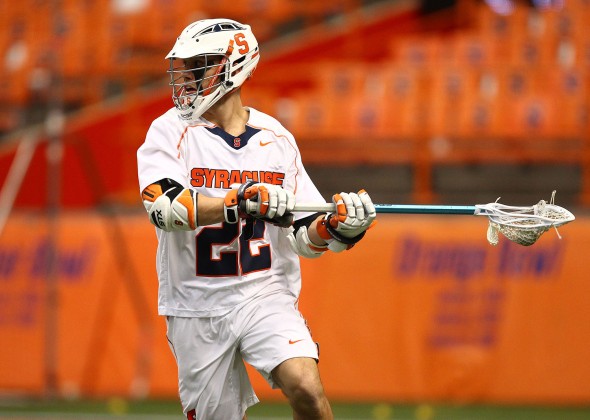