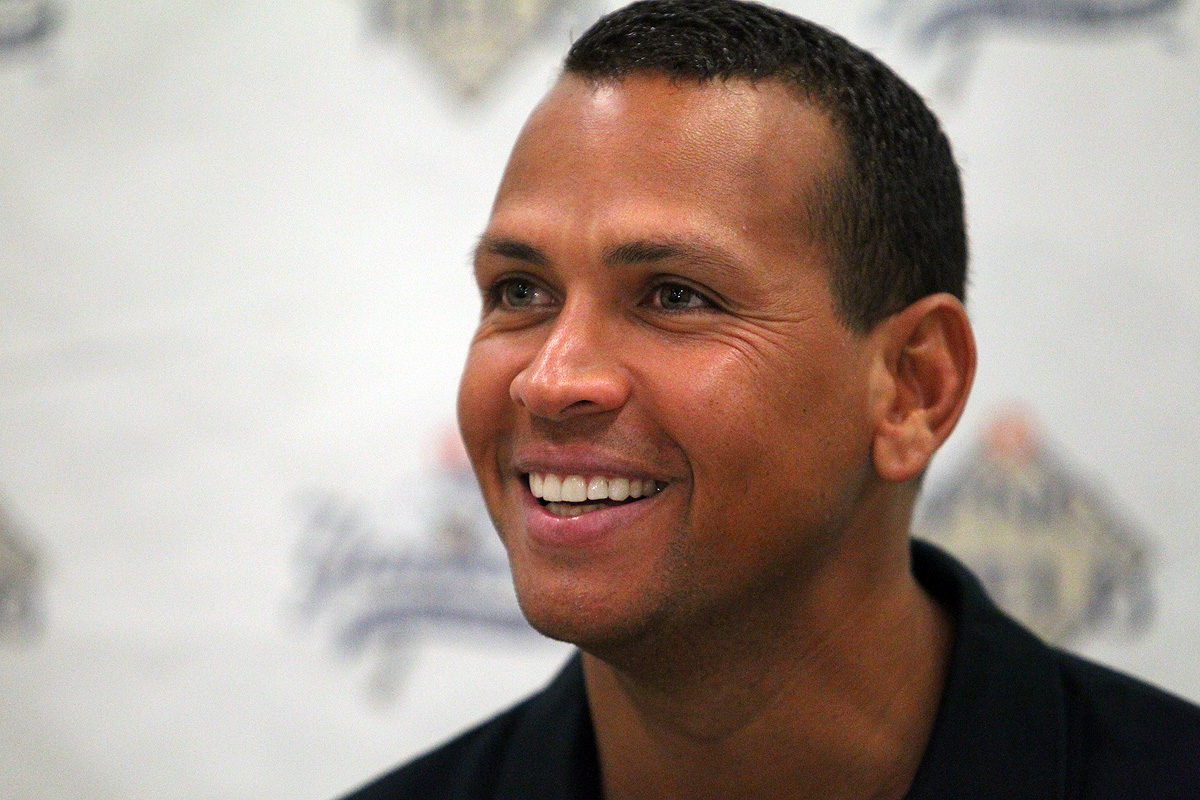 Driving home last night at 1 a.m. in the middle of nowhere Pennsylvania, I sort of realized how therapeutic getting out to the ballpark that day had been. This has been an incredibly stressful last few weeks for me, so when I saw Yankees third baseman Alex Rodriguez was slated to play in a few Triple-A rehab games, it seemed like the perfect opportunity to escape for a day. 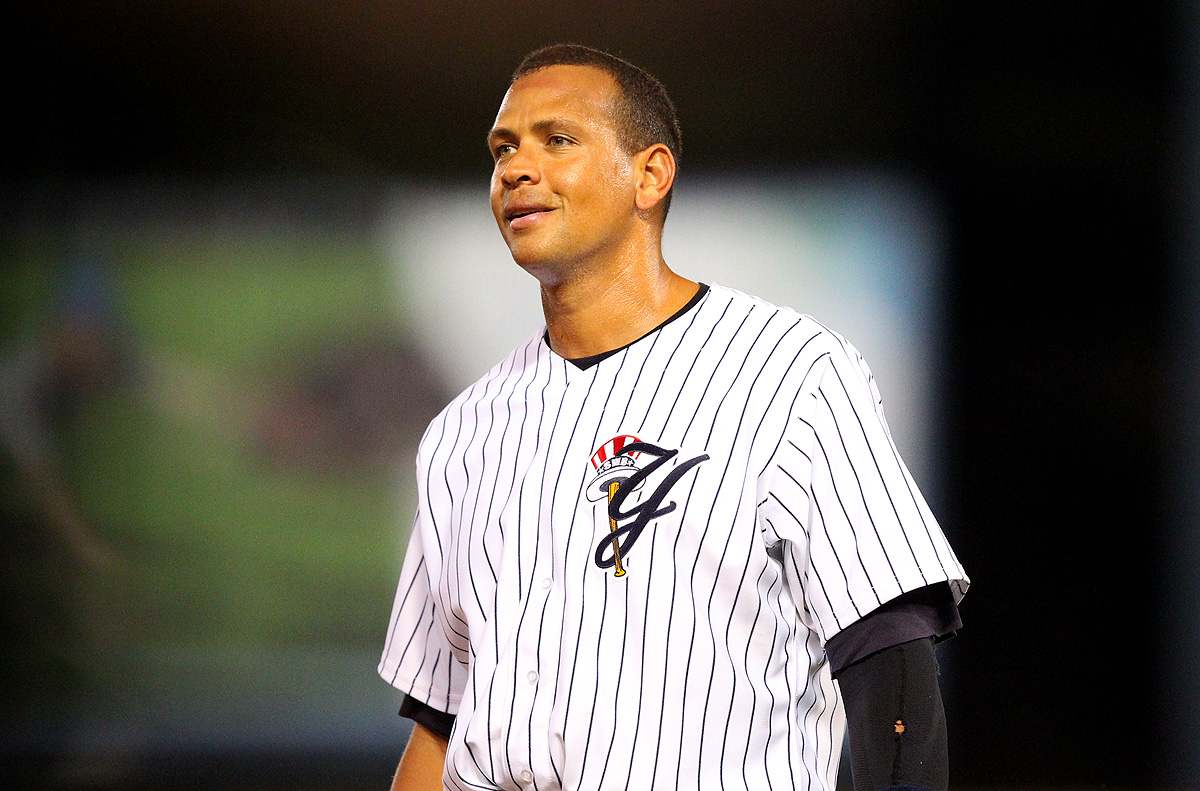 A-Rod played two games with the Yankees’ Class A Advanced affiliate in Tampa following knee surgery in July, and the team then sent him to Triple-A Scranton/Wilkes-Barre for two more games this week. He went 1-for-2 with two walks and an RBI single in between making an error in the first inning.

Here’s the story I wrote on A-Rod’s day.

We also put together a photo gallery on Yankees.com 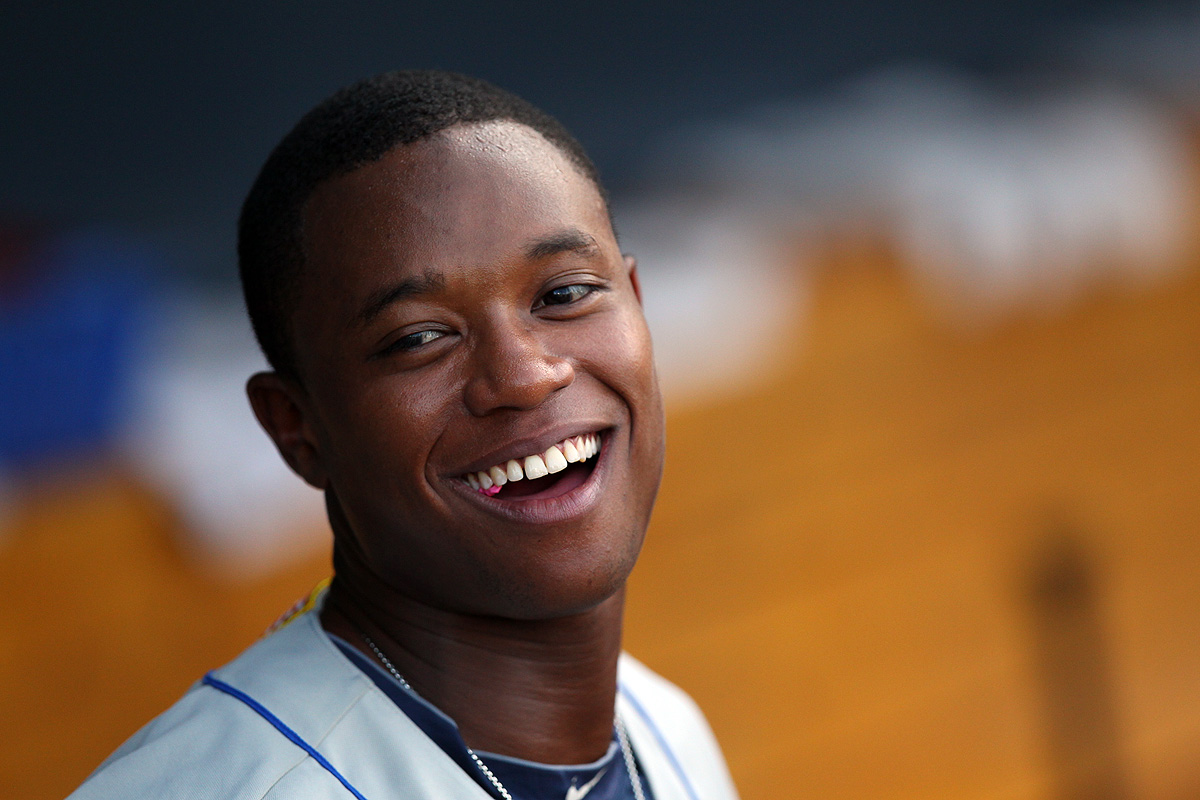 I caught up with Tim Beckham of the famed Durham Bulls before the game. Tim was the No. 1 pick in the Draft a few years ago and has gradually worked his way up to Triple-A after leaving high school in Georgia. He was dancing with teammates in the dugout before the game and I got this image. 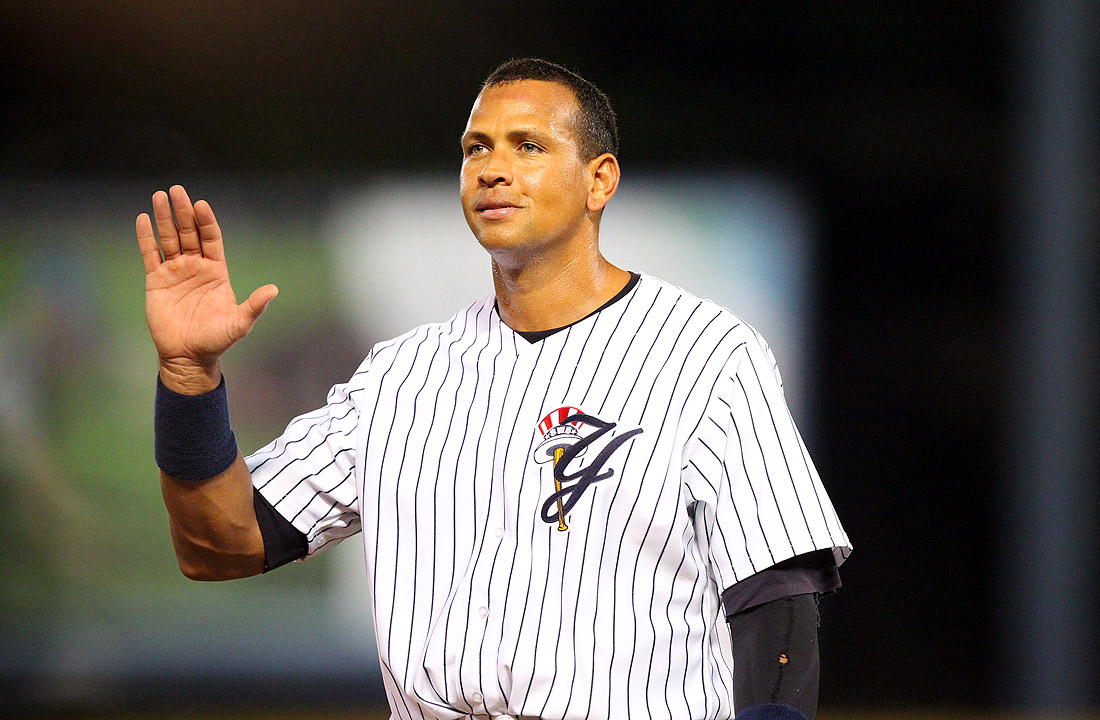 The drive out to Scranton (really, the ballpark is in Moosic, Pa.) was actually kind of nice — it was about two hours with no traffic. The Daily News and Post had their top photographers out to shoot, and the AP sent a stringer as well. Shooting locations were tough since it was a) an old Minor League park and b) we had to deal with TV cameras and the grounds crew. 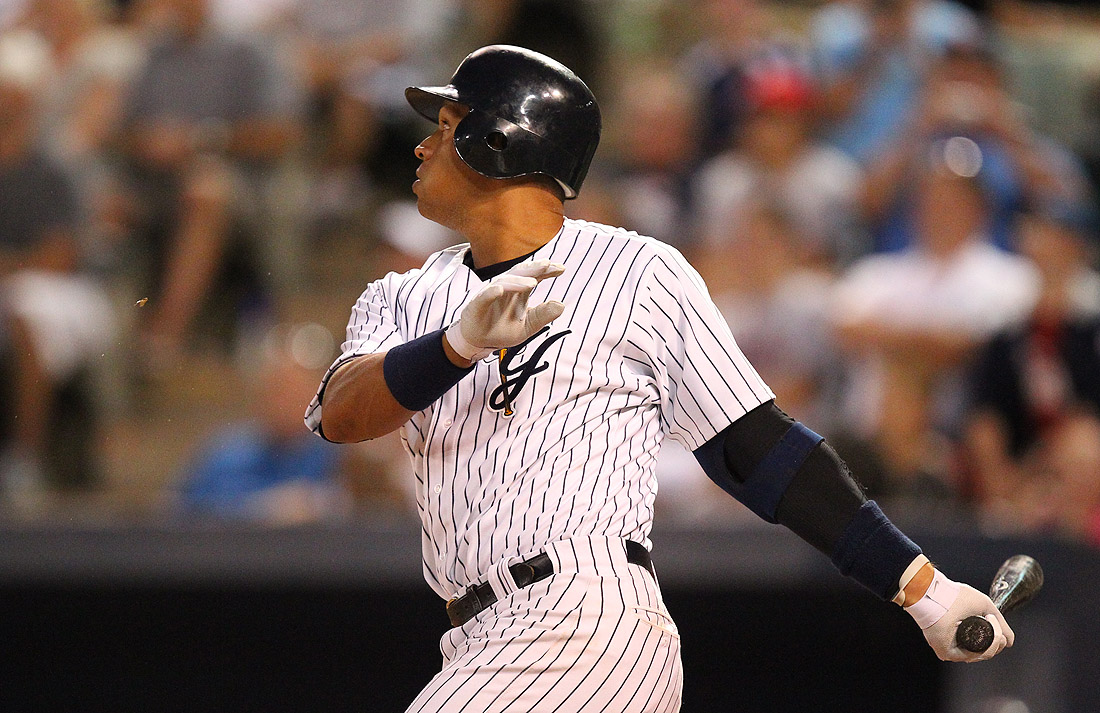 This was also another opportunity to let my Canon 1D Mark IV eat some some low ballpark lighting. The game began without any sun on the field, so my ISO was already at 1000 by first pitch. By the sixth, I was shooting at ISO 6400 at 1/1250th shutter. The cramped dugouts left me a little tight with my 400mm lens — if I go back to SWB, I’ll bring my 300mm for sure. The Mark IV really dominated the lighting, though (the AP photog was at ISO 1600 and 1/400th shutter on his older 1D Mark II, not ideal settings for shooting sports). 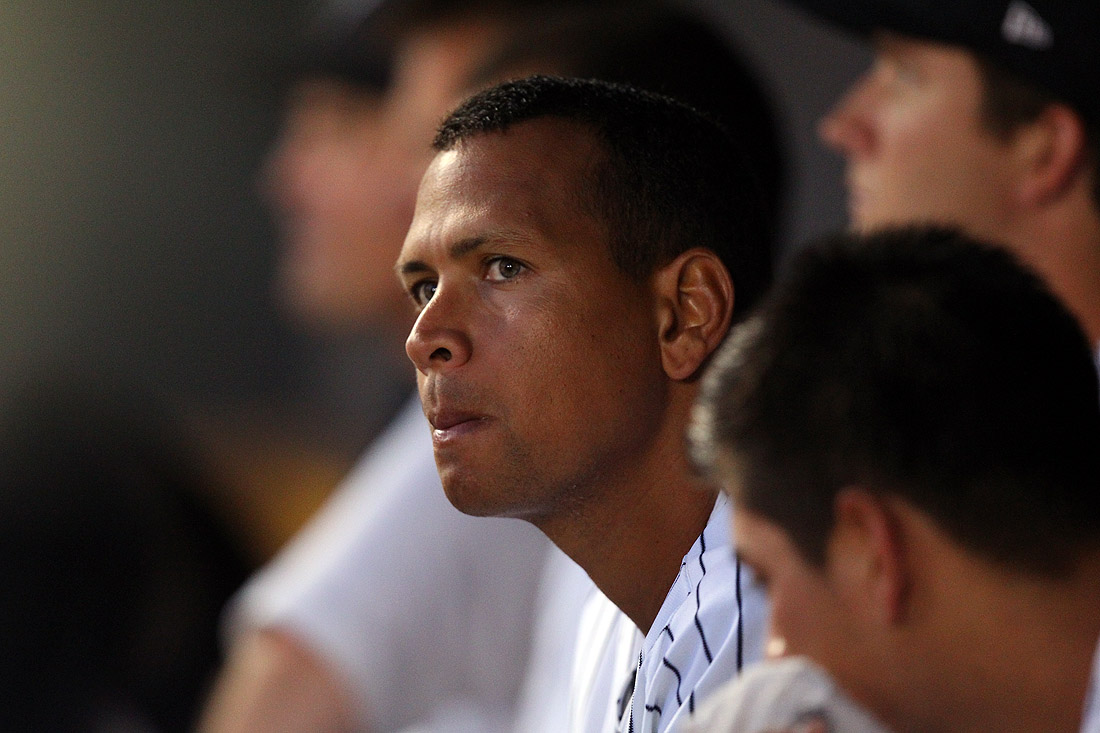 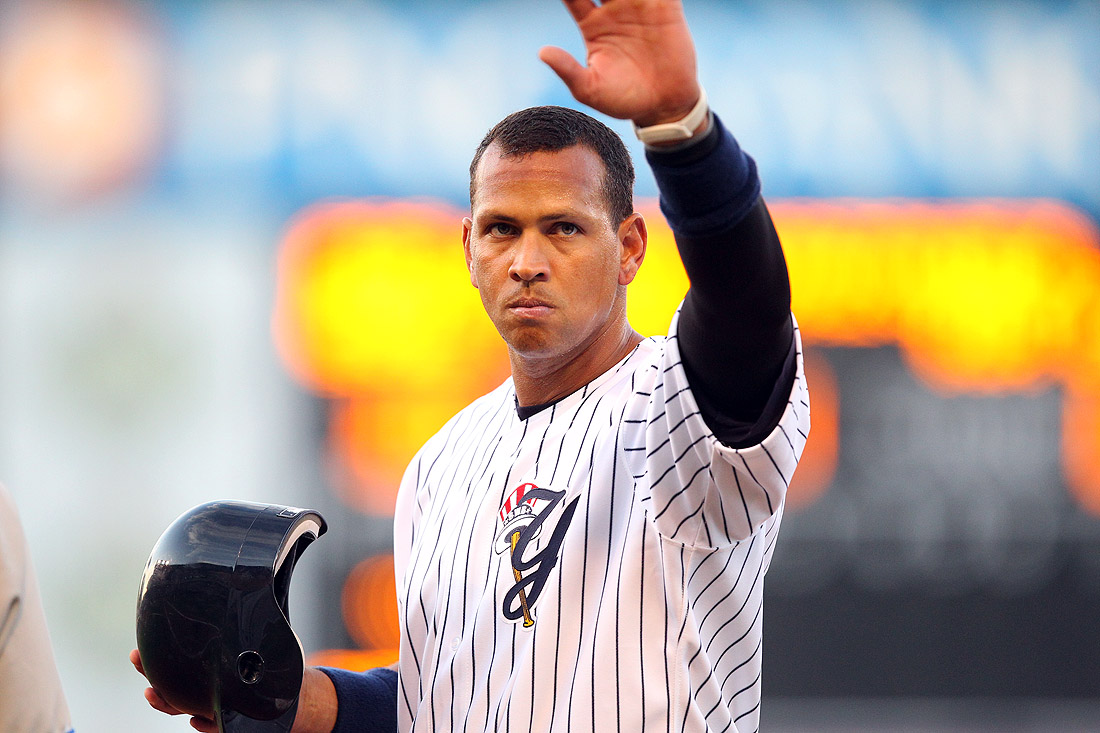 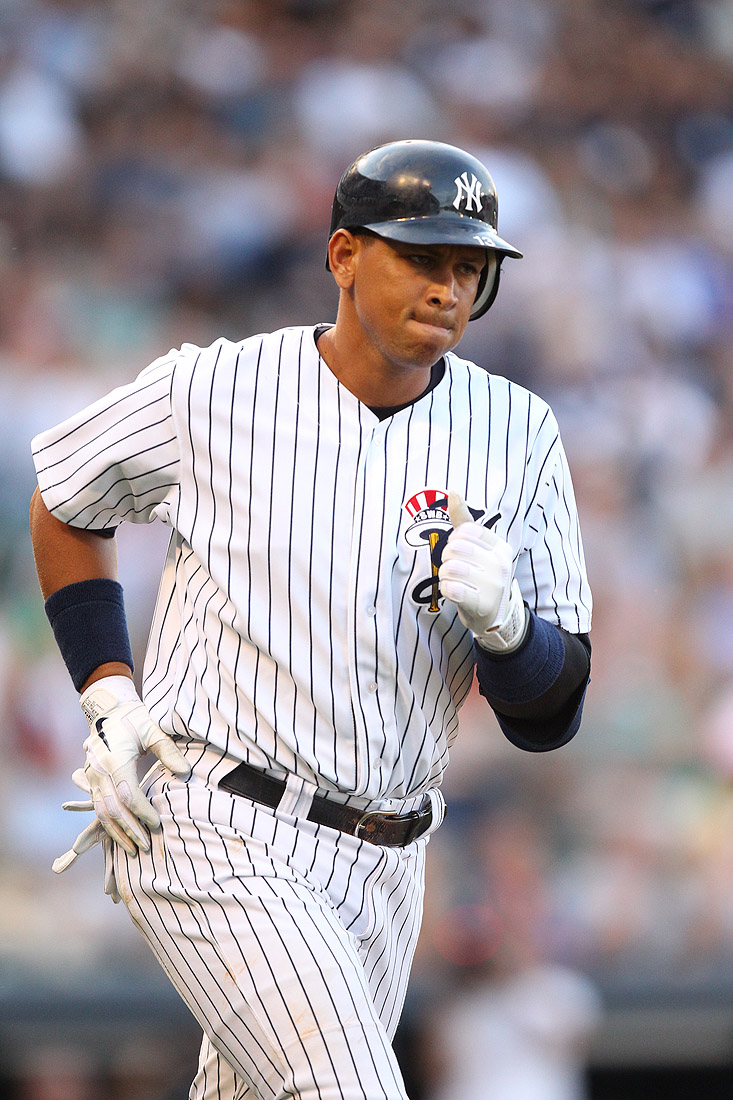 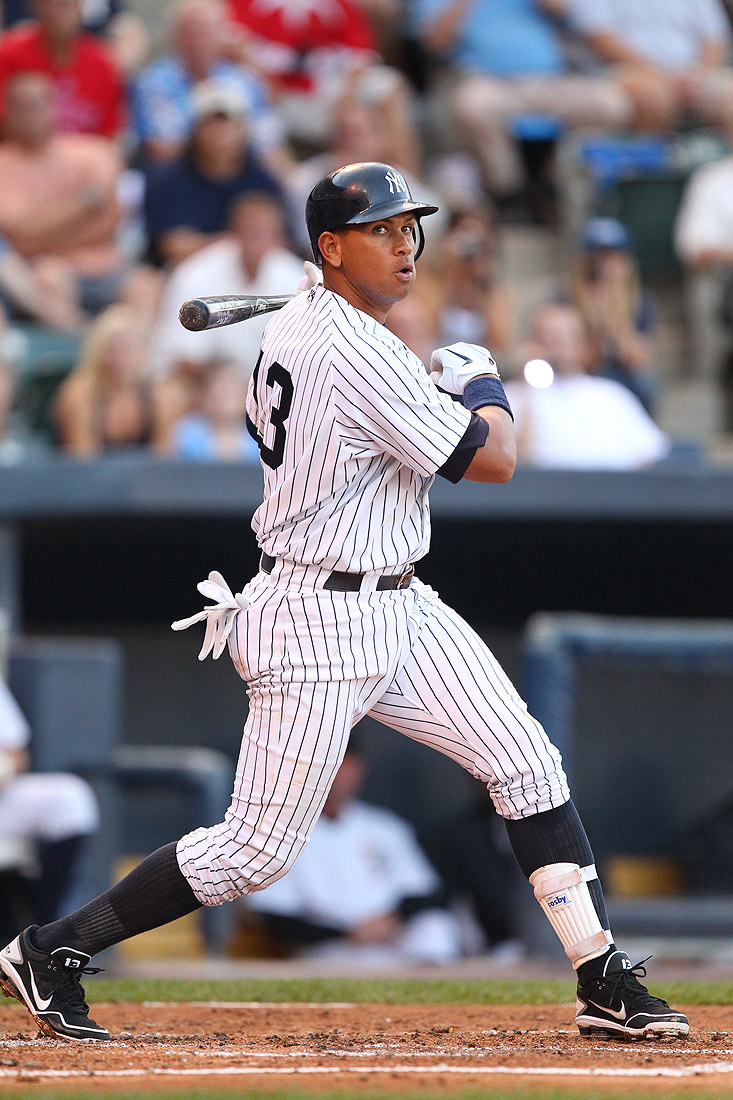 Alex let the first ball hit to him bounce through his legs. He had a brief moment afterward when he explained himself to Yankees starter Manny Banuelos, one of the organization’s top arms. 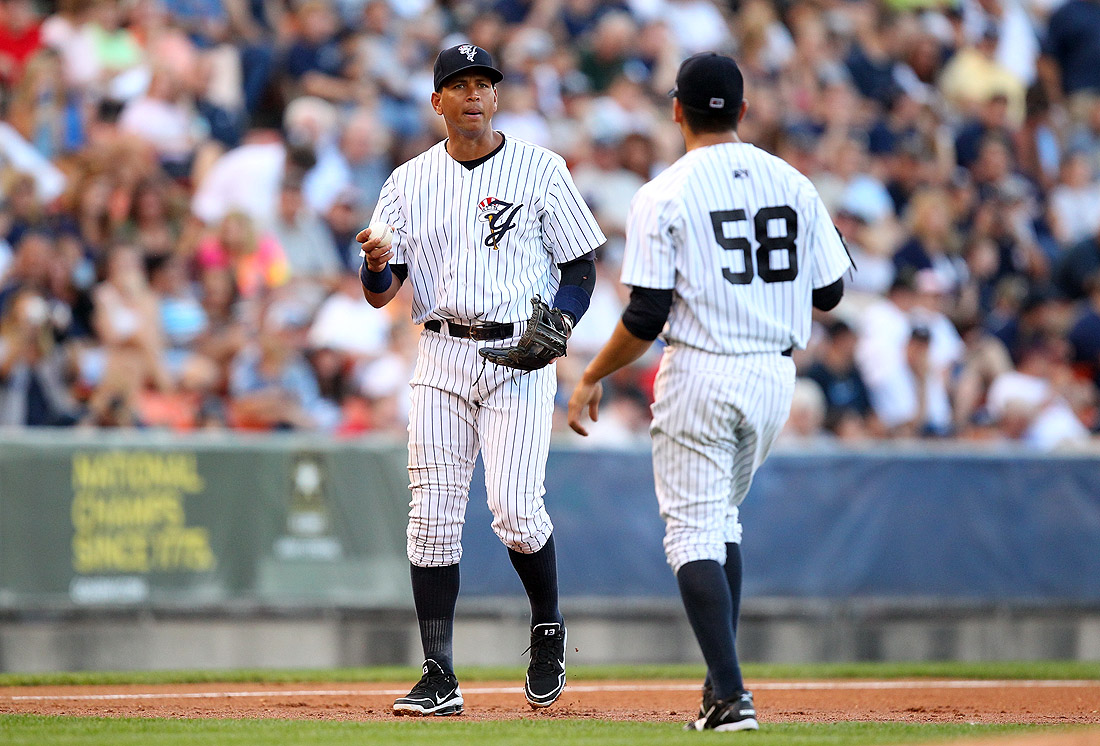 A-Rod said he would return to the Yankees on Thursday but wasn’t sure when he’d get back into the lineup. It’s been a unique season in the Minors with A-Rod and Yankees captain Derek Jeter both going down to rehab. 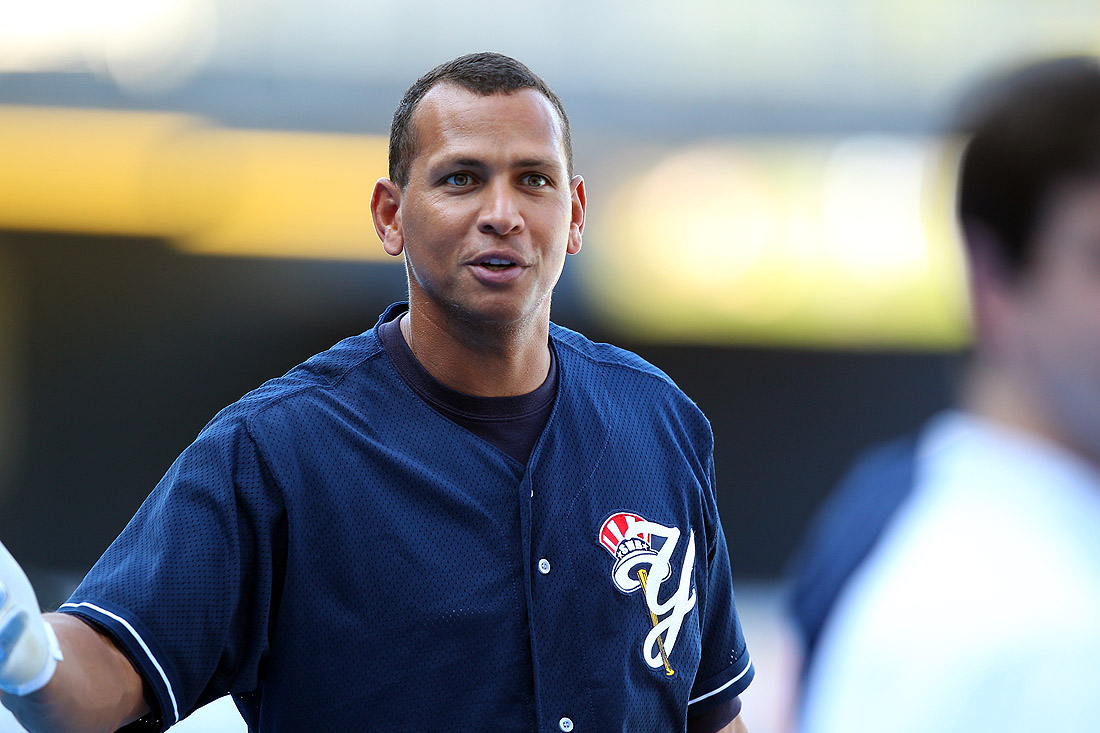