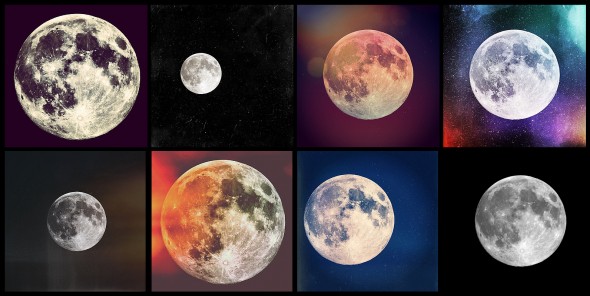 This weekend, the so-called supermoon rose over Earth and, to be honest, mostly just looked like a regular full moon to me. It was just really bright, so it was hard to miss. I pulled out the old Canon 1D Mk IV and my 400mm lens to see what I could create.

Most of the magic, though, was done in my iPhone 5, believe it or not. I took several sequences of the supermoon with various lens extenders:

Not surprisingly, the 2x wasn’t ideal for sharpness, but I wasn’t that disappointed. I reeled off a bunch of frames, loaded them into my computer, sharpened, boosted the contrast a little bit and here was the result: 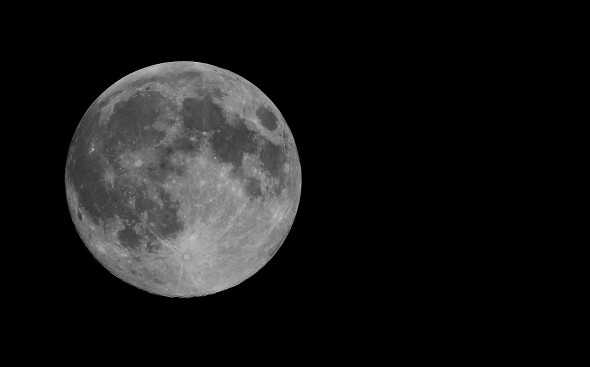 So, your typical photograph of the moon, basically. There’s only so much you can do with the moon unless you have cool buildings or skylines, etc as a foreground. So, I emailed some to myself and went to work on them with my iPhone 5. Recently I purchased the Mextures app for iPhone for $.99, it comes pre-loaded with a bunch of very cool and versatile “formulas” to spice up and add another layer (or 12) of depth and character to your otherwise boring cell phone image. In this case, the formulas created some otherworldly, artistic representations of the moon: 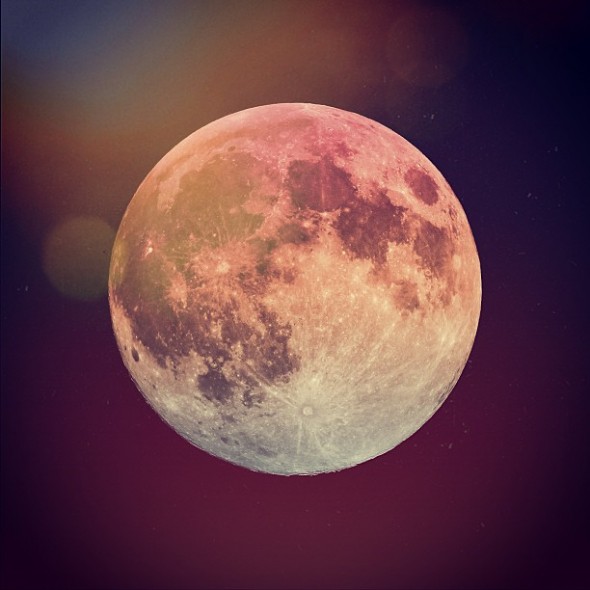 Pretty cool, right? That’s Mextures combined with the Toaster filter on Instagram. Here’s one of the 1120mm images that I uploaded to Instagram with the Brannan filter, which typically adds contrast and a blueish hue to the image: 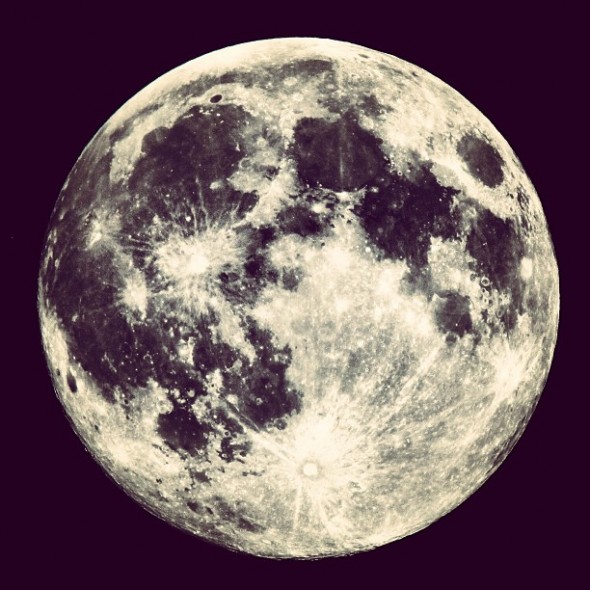 I tried a few more in Mextures — many of the app’s formulas employ some gritty textures that, in this case, sort of gave the feel of deep space and stars on the black night sky: 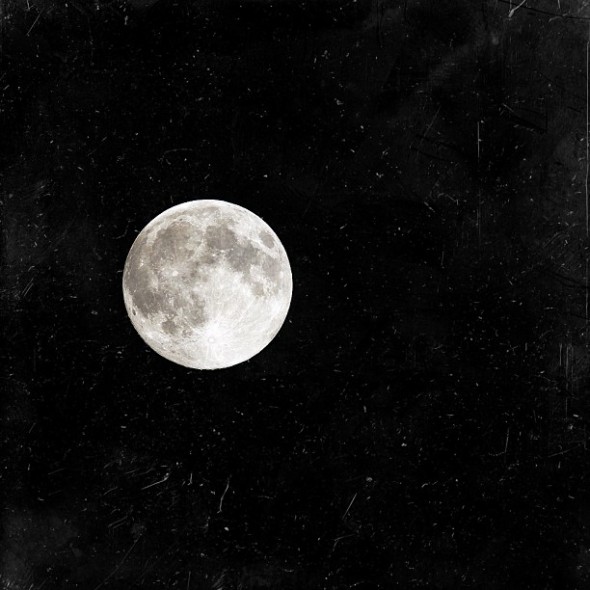 This edit below uses one of my favorite formulas, called “Burned,” which I think creates a genuine film feel to most images: 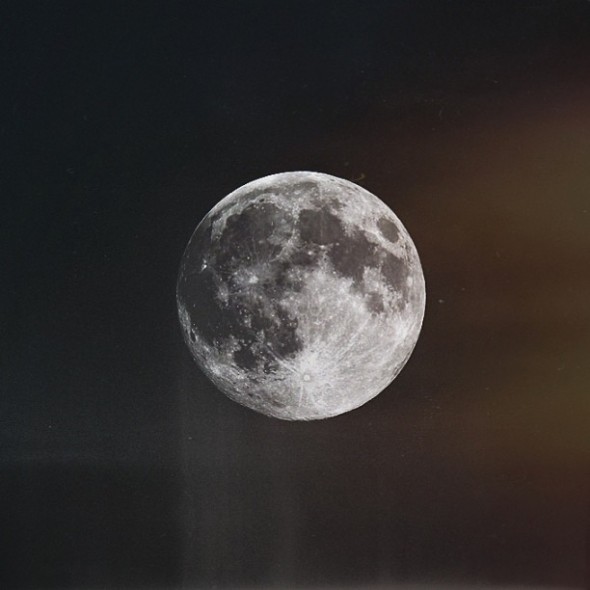 This one used a light leak from the left edge and makes the moon look like it’s on fire: 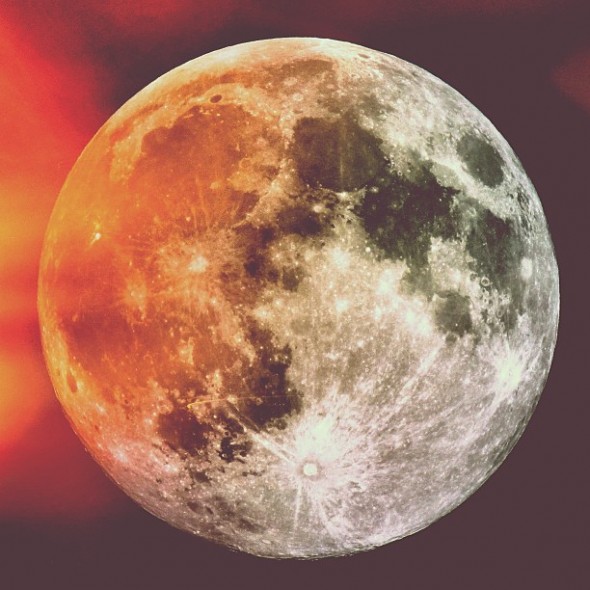 Definitely my favorite edit, this edit added a bunch of colors and texture to the image, and when I applied the Lo-Fi filter in Instagram, it boosted the contrast and darkness to create what really looks like a funky, deep-space galactic-lookin’ shot of the moon: 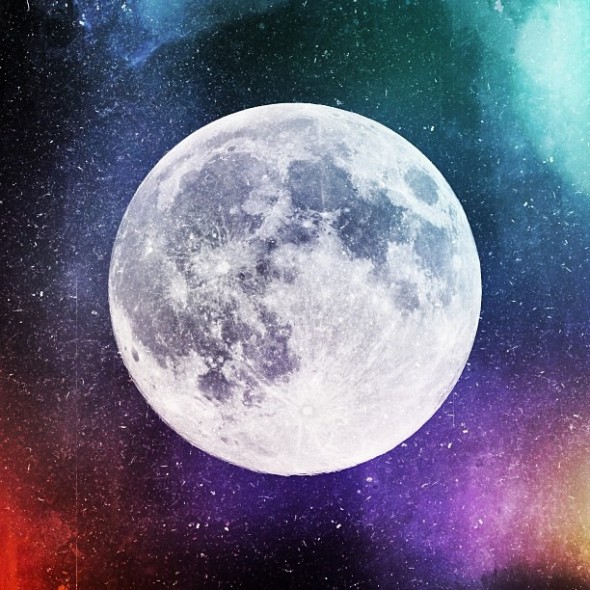 Here’s a more reserved edit using the “Walden” filter in IG, giving it a blue glow: 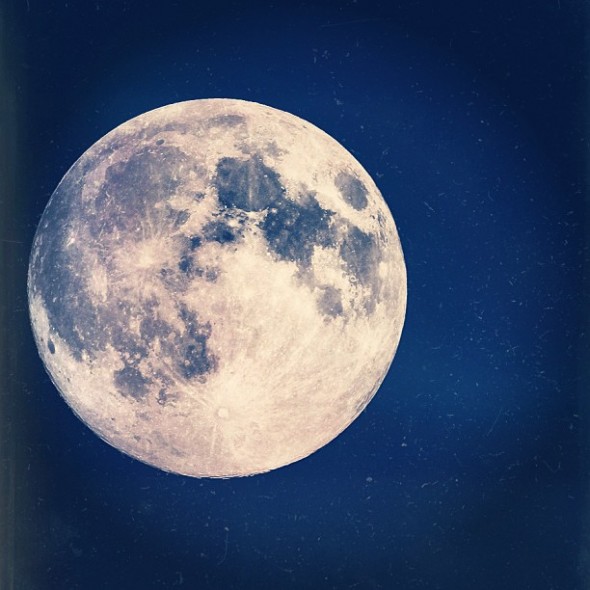 NASA conducted a hashtag contest for users to upload #nasasupermoon images on Instagram and Flickr, so we’ll see if they like any of mine. It’s interesting to see what others captured around the world, especially in how the craters and angle of the moon looks different depending on where you’re shooting it from.

Update: June 24 — Not to brag, but I posted a collage of these images on Instagram, and NASA itself liked it. If this doesn’t get more any more followers and likes on my photo, then I’ll have to go on danielle bregoli’s instagram and see how she’s managed to do it. But when you walk outside into your driveway and snap a photo of the moon and NASA gives it a thumbs up? That’s a pretty cool memory, via the NASA Goddard Space Flight Center’s official IG account: 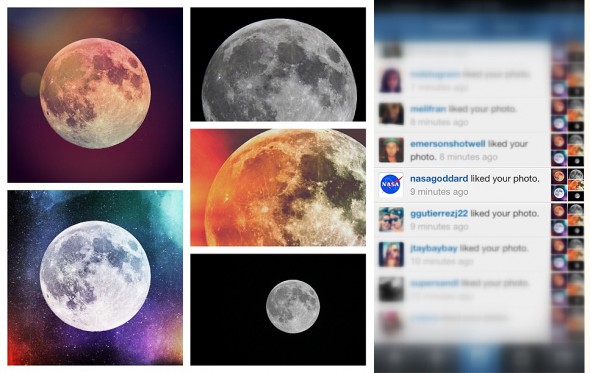