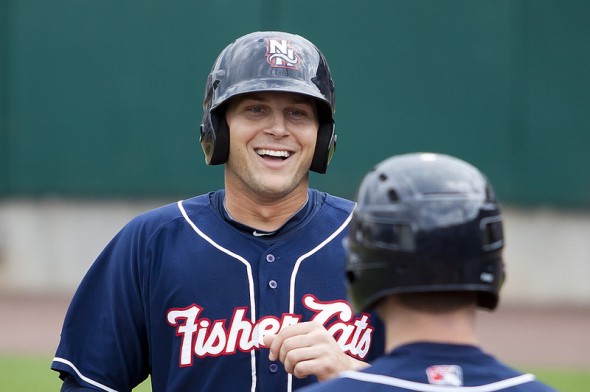 Earlier this week I spoke with Jake Marisnick, the Miami Marlins‘ No. 3 prospect entering the 2013 season. Marisnick was one of the key young prospects that was shipped by Toronto to Miami in the Jose Reyes/Josh Johnson/Mark Buehrle blockbuster this offseason, so while the Marlins are in another round of fire-sale rebuilding, fans will hang some hope on guys like Marisnick for the future.

Marisnick is 21 and told me he’s living his childhood dream of playing baseball. I guess most all professional baseball players have that dream, but he spoke about it in a way that really made me believe he’s a little kid running out to center field with his glove and butterflies in his stomach — he genuinely is excited about where he’s at right now (the path to the Majors is a little less blocked for him in Miami as compared to Toronto, although he wouldn’t admit it) and, from what I can tell, he’ll get a chance at making his debut in the next summer or two.

Here’s an excerpt of my conversation with Jake, you can read the entire interview and check out some exclusive video here. 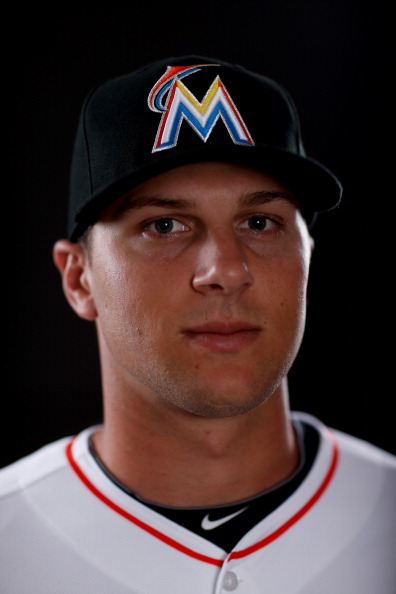 MiLB.com: Baseball America ranked you as being the best athlete and best defensive outfielder in the Marlins system. Does that sound about right?

Jake Marisnick: There’s definitely a lot of good outfielders out here. I have no place to say that I’m the best out there, but it definitely something I’ve always worked on. Ever since I was a kid, I’ve loved running around out there. It’s a natural place for me.

MiLB.com: You said recently you wanted to golf with Christian Yelich this winter, but he turned you down. What’s up with that?

Marisnick: [Laughs] I guess he doesn’t golf much, but I definitely tried to get him out there a few times.

MiLB.com: Was that pretty much your offseason: working out and playing golf?

Marisnick: Working out, golfing, I went to the beach a few times and just hung out — nothing too crazy. Just relaxed.

MiLB.com: You and Yelich should form a pretty solid duo in Double-A Jacksonville to start the year. What’s your relationship like with him since the trade?

Marisnick: It’s been awesome. He’s kind of showed me the ropes since I came over here. I didn’t know any people, and my locker is next to his. It’s been a good relationship in terms of working out and pushing each other and just keeping a friendly competition going.