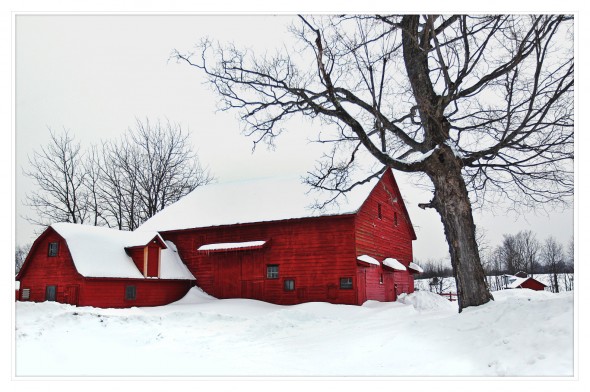 I’ve come across a few nice old red barns this past year in my hiking trips up to Minnewaska, and it finally made me wonder — there has to be more red barns around Ulster County, right? New Paltz is known for it’s apple farms and wineries, so I figured I could just get lost one day looking for old farms and scenic barns for photos.

It actually was a lot easier than getting lost on back roads: Google Maps has done street view imaging for a huge amount of the roads up there, even the lesser-seen, middle-of-nowhere places you’d never expect. I spent a few days scanning the area for farmland and, sure enough, found a ton of old barns. 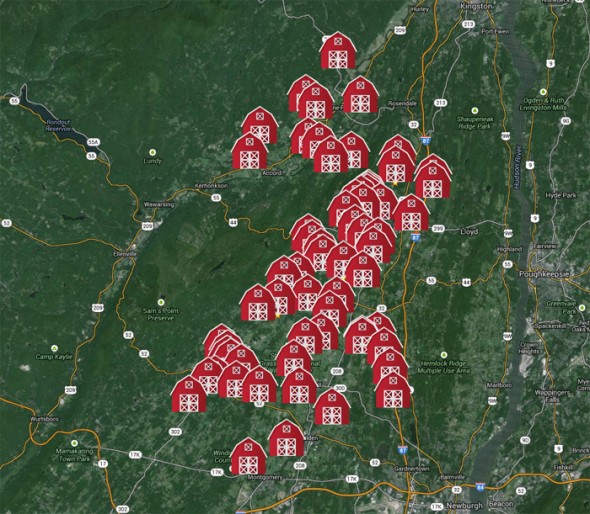 There’s a bunch to see around the village of New Paltz, and even more just over the ridge and further south toward Wallkill and Pine Bush. I went up a few weeks ago and managed to find a few nice ones shortly after a big snow storm.

For those curious about the map (right), I created a custom map on Google Maps and was able to save points and addresses — I even used a custom marker instead of the little colored pins you can drop. One drawback/oversight with this is the Google Maps app for iPhone isn’t setup to show your saved, custom maps, which seems like the one main feature you’d want to use on-the-go. You can view them in Google Earth, but it’s not as user friendly. I was able to take the addresses and plug them into my car’s GPS to get around. Still, a good reference and way to save these places for later trips.

This barn below is in New Paltz, just a few minutes south of Main Street. I shot this from my car window: 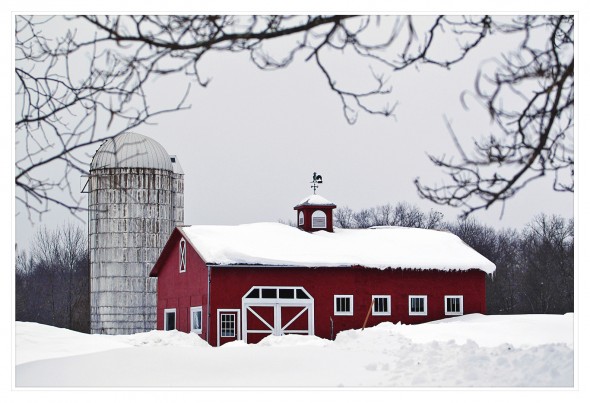 This was further out toward the ridge on Guilford Road. It had just started snowing and you can see the wind blowing some of the snow off the roof here: 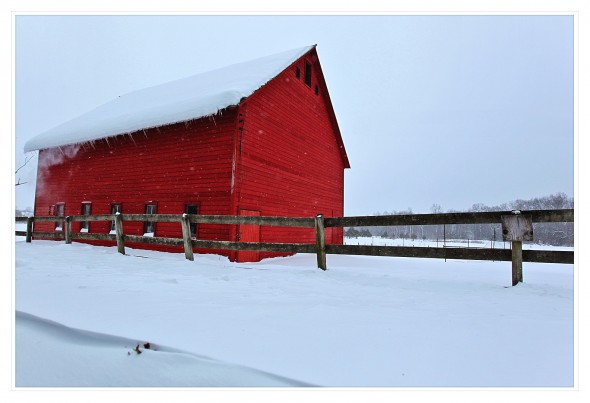 When around New Paltz, the Mohonk Gateway tower is hard not to shoot, especially framed by snow: 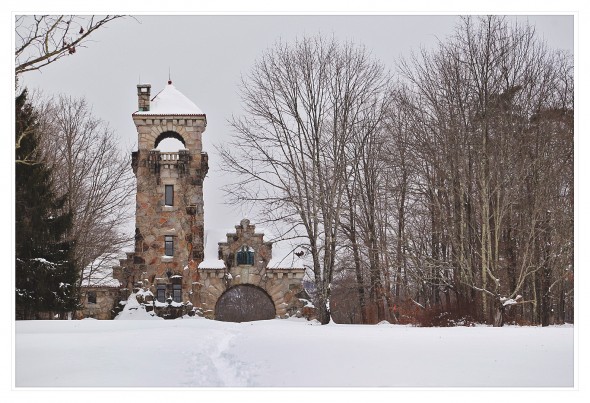 This barn is in Stone Ridge, N.Y., over the mountain ridge and a short drive from Mohonk: 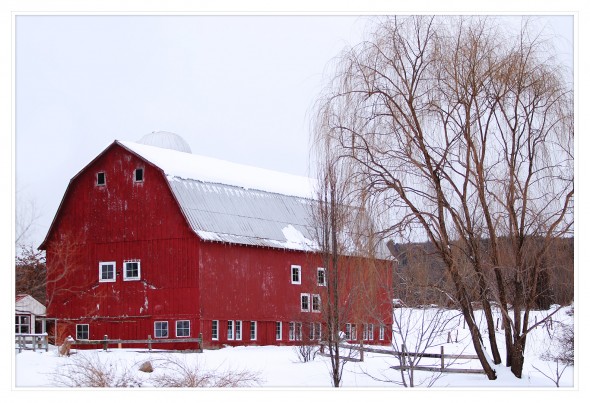 This one had some funky colors and a quilt outside: 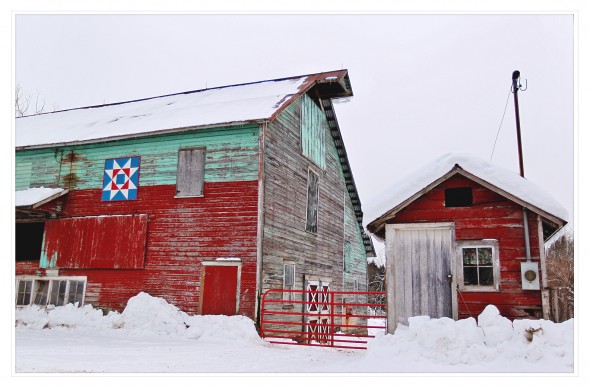 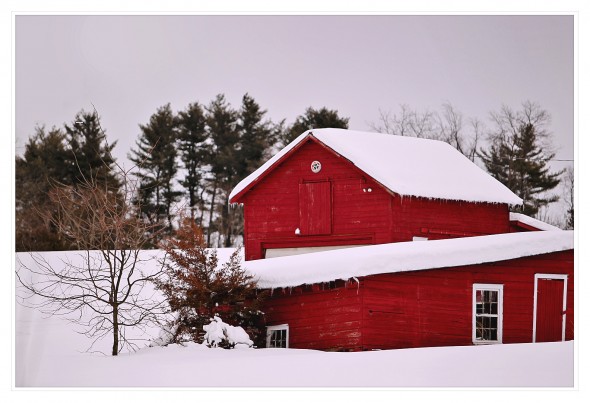 For scenic views of a barn in nice condition, it’s hard to beat this one: 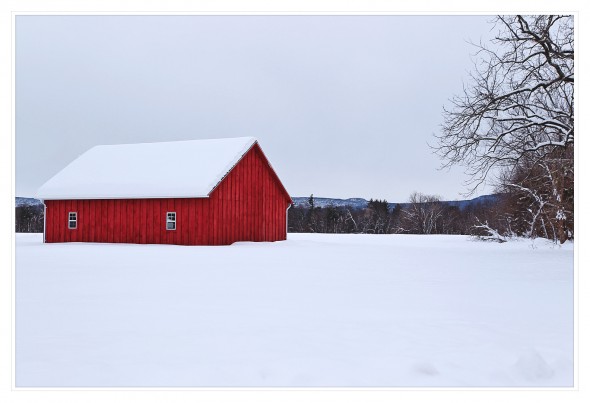 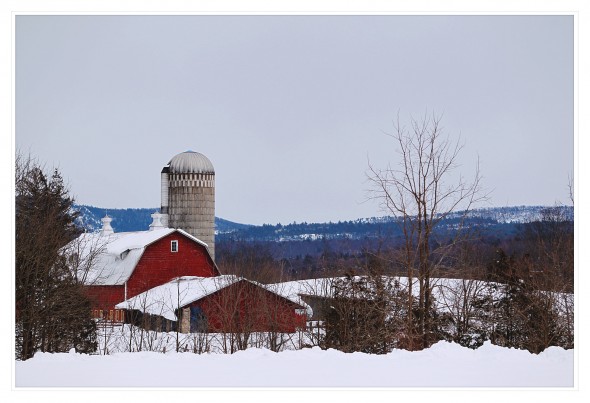 I came across a huge white barn at Kelder’s Farm in Accord. During autumn, it’s a place you can pick your own pumpkins and apples. 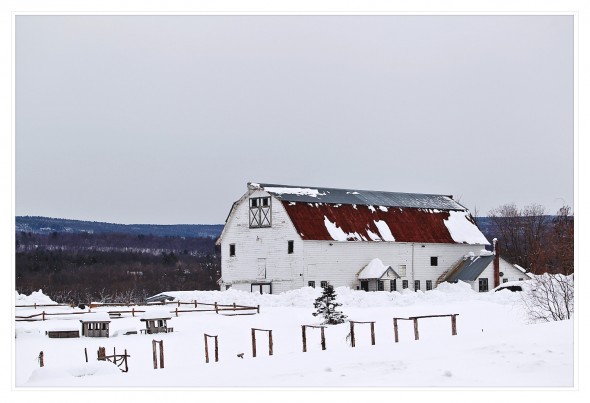 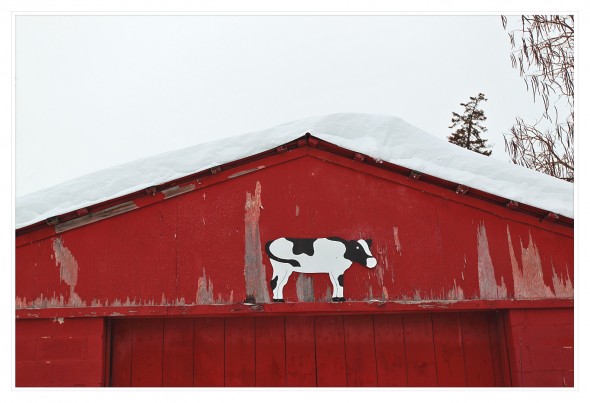 These barns were on my list after I spotted them photographed by John Fisher on his great blog/website. You can actually see Mohonk Mountain House — the hotel itself — and the iconic tower in the background, a pretty cool view considering I’m used to looking up at the ridge from the other side. This was a difficult photo to snap as there is basically no place to pull over and park or walk around on this road. I ended up driving by several times before just pulling over, running out and reeling off some frames through the trees.

It’s worth mentioning that I photographed this just after Mohonk had closed — these were taken on Feb. 16, and Mohonk re-opened on Valentine’s Day after shutting down to clean the place following a norovirus outbreak. 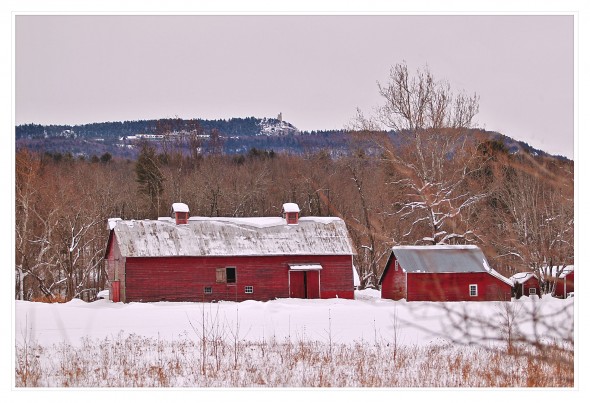 This barn has seen better days and may be best known for the images G. Steve Jordan has taken of it years ago. Steve has some great photos of this place, which he nicknamed Clove Barn, on his site, including one with a rainbow (unreal). I managed to locate it on Google and tried to snap a few of my own: 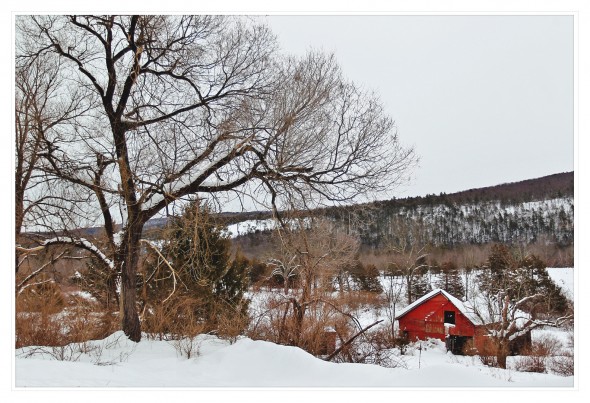 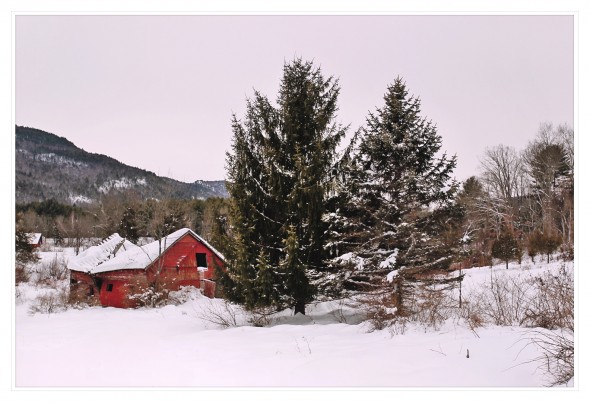 Chapel Farm is another of Steve’s favorites, although I suspect it’s photographed by many photographers as it’s clearly visible from the road once you drive past Mohonk. This one I got lucky with great visibility and a hawk flying over the barn: 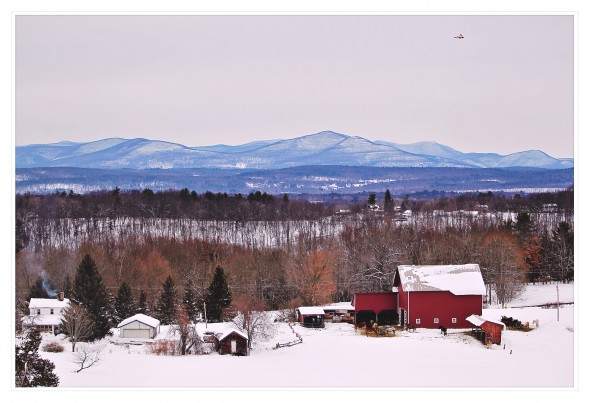 Back in New Paltz, this old place at the end of Butterville Road always catches my attention, but I’d never shot it from this angle before: 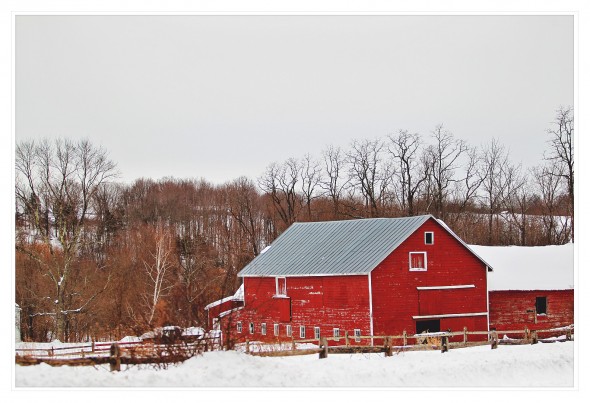 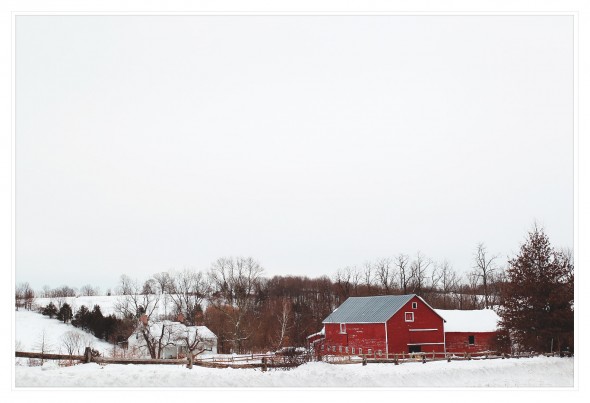 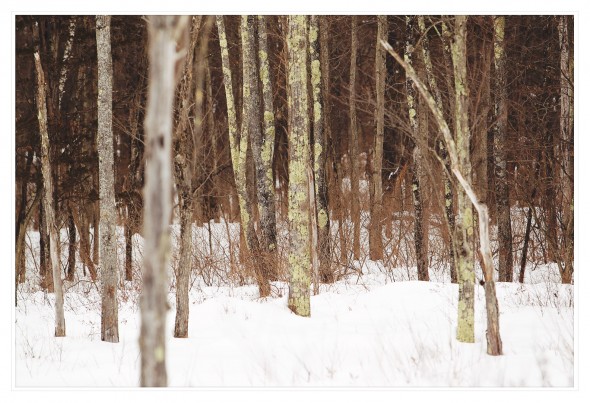 This was another large barn at a horse farm south of Main Street in New Paltz. Middle of nowhere, I think it’s N. Ohioville Rd: 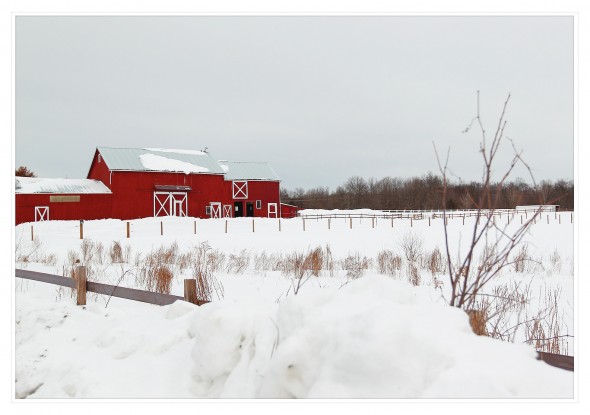 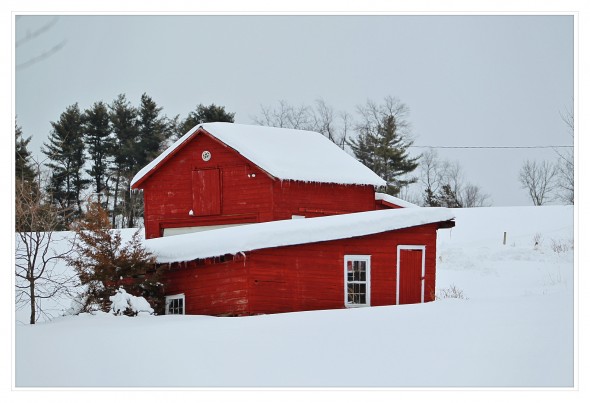 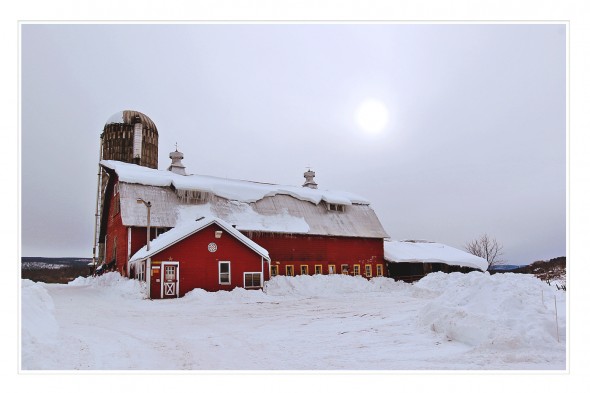 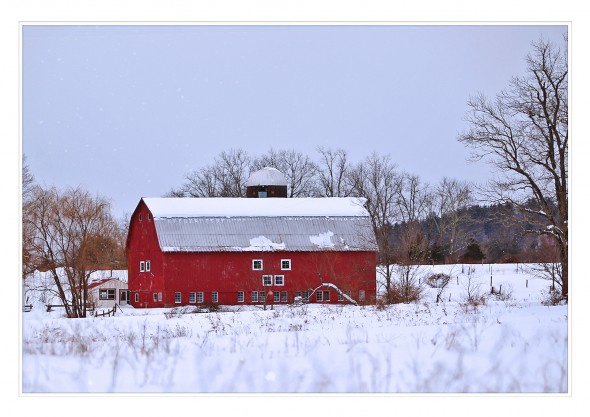 So what do you think? Seems like people either really appreciate the red barn look, or they couldn’t care less. I thought it was a nice break from hiking, plus it was much warmer in my car.