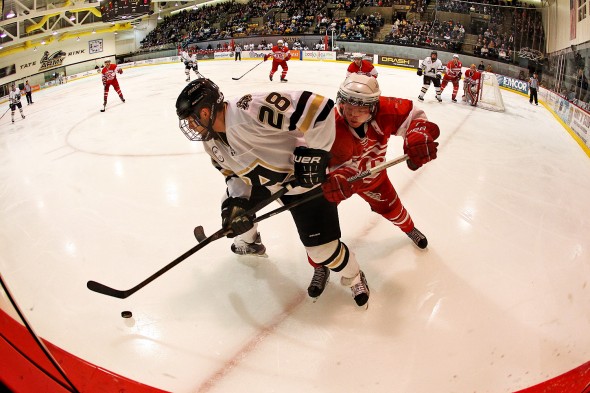 A fun rivalry continued on Saturday in West Point when Army held off the Royal Military College of Canada with a 4-1 win at Tate Rink. Army and RMC renewed their long-standing rivalry last year with a 9-1 win. Here’s some photos from the game.

USA Hockey asked me to take some photos of this one, so I made an effort to get a variety of perspectives, both physically and with different lenses. I used a 400mm, 300mm, 16-35mm and 15mm fisheye at points during the night. Below, two Zambonis resurface the ice during the first intermission: 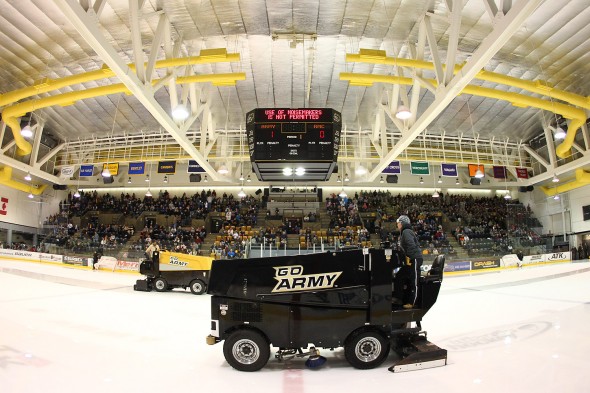 Closer to the second period, I got some feature-ish shots of the team waiting to take the ice. Below, goalie Ryan Leets prepares for another 20 minutes: 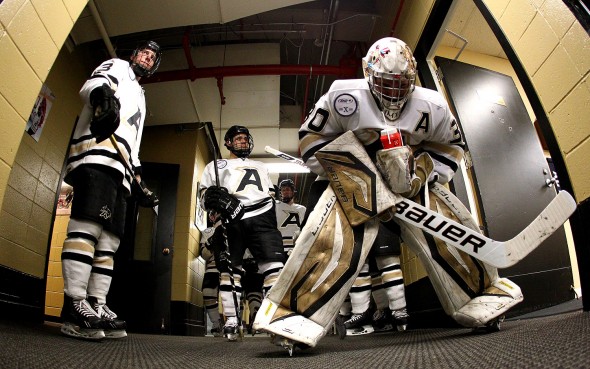 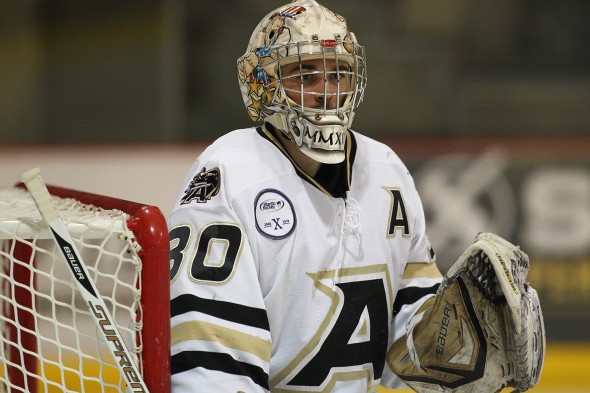 Over in the corner, I used my fisheye to get some intimate, close-up action of the battles along the boards: 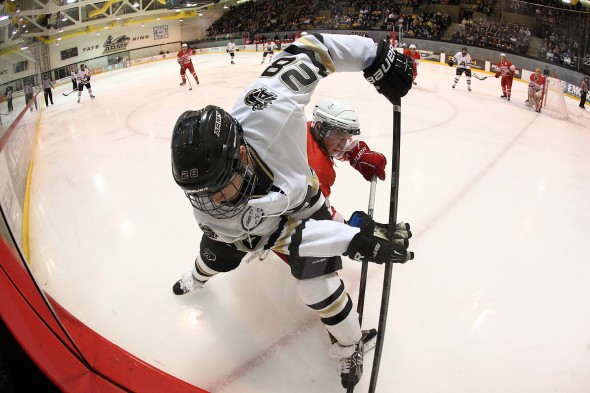 Then in the third, I ventured up top into the walk-way above the ice. I’d never been up there before and it definitely gave me rubber legs since you’re above the ice, way up high, with nothing below you. I’m a big dude, and the walkway is a metal grate, so… it’s nerve-wracking. Nevertheless, I wanted to get some overhead wide-angle images. Here’s the opening faceoff to start the third: 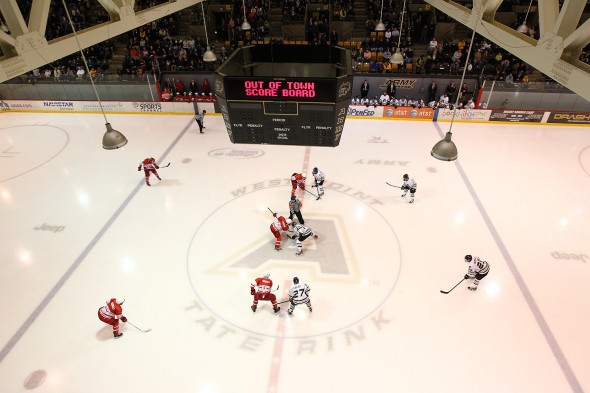 Closer to the Army goal, I snapped this almost directly overhead after a faceoff: 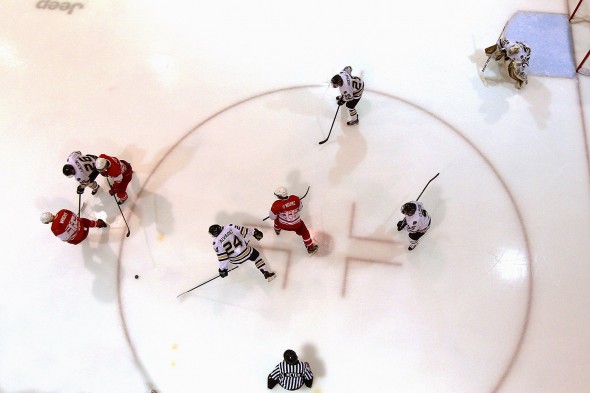 Midway through the third, I went up into the seating area with my 300mm lens and got some action: 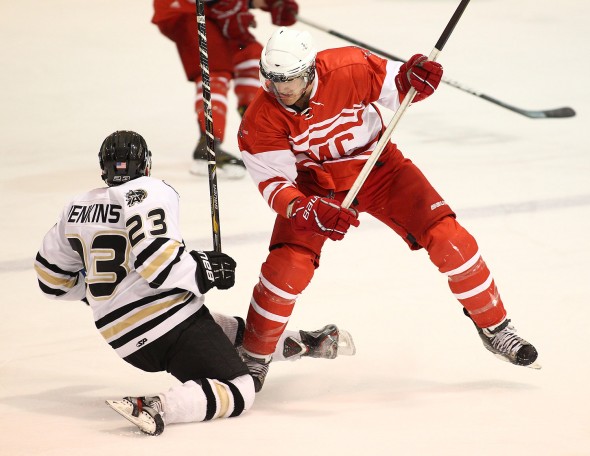 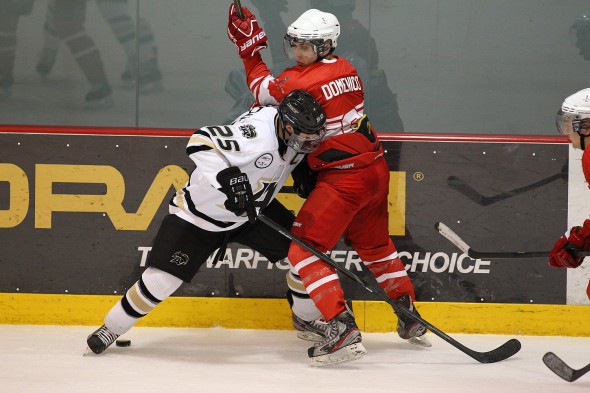 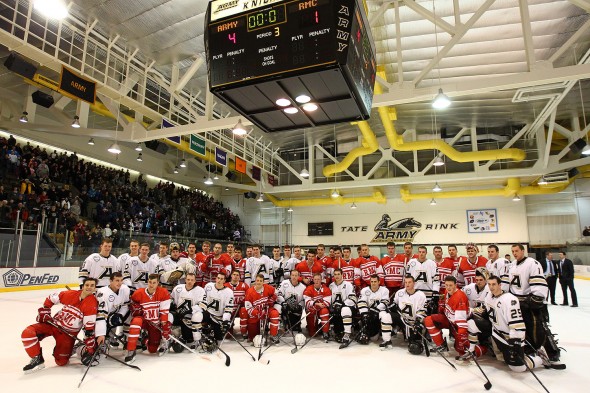